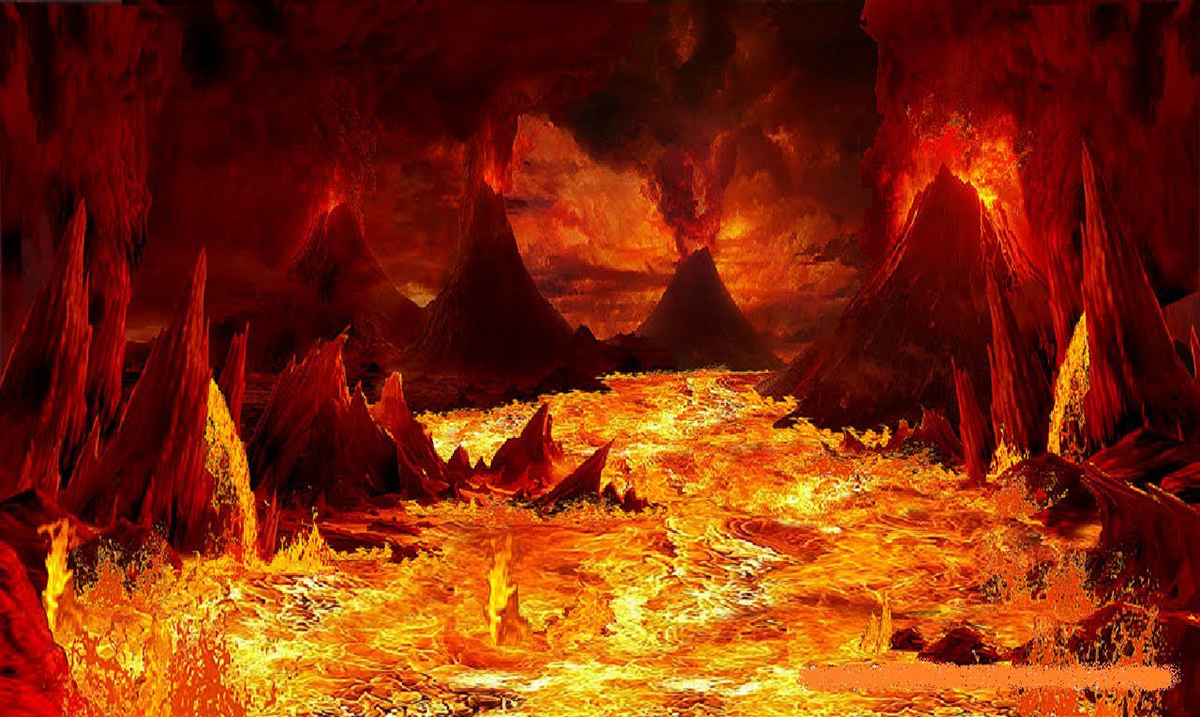 We have all read someone’s near death experience in a magazine or saw it on television where they describe seeing heaven, a relative that has passed, their life flash in front of their eyes, or a tunnel ending in light. However, not all near death experiences work that way, in fact, there are some who say they saw the complete opposite.

There continues to be speculation about the afterlife, and this is a debate that will probably go on until the end of time. The interesting aspects of this debate are those accounts from people who have almost died, or actually died for a number of minutes, that have made them believe in the afterlife because they claim they have seen it for themselves.

Angie Fenimore tried to kill herself in January of 1991. Once she had ‘died’ she says she began to see her life flash before her eyes in a series of images. During each of these, she felt the emotions all over again. Once this was over, she became surrounded by darkness which never ended. Surrounding her, were the figures of young people in a group. Without being able to stop herself, she stated, “Oh, we must be the suicides.” She didn’t even have to open her mouth to say it, according to her.

Then she says, she was banished to a different part of Hell. In this hell, many souls roamed throughout an open field, with the ability to communicate with one another. However, they were so overcome with grief and regret that they were unable to partake in any type of human connection. Since her encounter she has been given the title ‘Her Royal Majesty Princess Angie Fenimore, the Divine Royal of Utah and the Prophetess of the Church of Jesus Christ of the Latte Dei Saints.” Matthew Botsford was standing outside of an Atlanta eatery, when he heard the sounds of gunshots. According to him, he felt the sting of a needle poking into the back of his skull, before dying three times. Doctors then put him into a 27-day coma.

During that time, he states that he was shackled in midair over a red and fiery pit. He felt an overwhelming sense of isolation in the midst of the screams of what sounded to be a million damned souls. He also remember’s being attacked by a team of demons that ate parts of his body right off the bone, when it grew back so they could eat it again. At this point, he saw a hand descend, and the words ‘It’s not your time.’

3. The Atheist Who Changed His Mind Howard Storm died at the age 38 from a perforated stomach in 1985. It was then that he awoke in the hospital to realize he was a ghost. Surrounding him were people all around his hospital bed, however none of them could hear him speak. He looked to his doorway and saw a group of figures. He began to follow them. At first, he described them as playful, but the more he followed them, the crueler they became. Then, they began to eat his flesh. Despite being a hardcore atheist all his life, he heard a voice tell him to pray. And while he was unsure of how to do it, he just went with it and prayed. He later awoke. Upon awakening, he went on to work for the United Church of Christ as a minister. Bill Weise did not die or have a near death experience. However, on November 28,1998 at 3:00 a.m he somehow ended up in hell. While he was there, he explains that he was trapped in a small cell that was surrounded by disgusting creatures that continued to attack him. He later awoke at 3:23 a.m and has since tried to spread the word of hell’s existence.

5. Jennifer’s Journey to Heaven and Hell Fifteen-year-old Jennifer Perez grew up in a Christian home, but says that as a rebellious teen she began to stray. While straying from her beliefs, she says she began to indulge in alcohol and drugs. One night, a male friend asked her out, and then drugged her. She then passed out from the drugs, and the police thankfully intervened and saved her from being raped. While she was out, she saw her soul leave her body and was taken by two strange men to what she thought was Heaven. She explains that it was a beautiful place, and that she saw Jesus, God, Gabriel and Michael. After speaking to God, Gabriel took her to hell. She says that people surrounded her that were screaming in agony as they were tortured by demons. It was then that Gabriel took her back to Heaven where she says God gave her a second chance to live. Tamara Laroux tried to kill herself with a gunshot wound to the chest at the age of 15. Before she shot herself, she asked God for forgiveness. She then descended into a place of ‘ultimate darkness’ and suffering. She was surrounded by tormented souls. All of them, including herself, were screaming in agony.

Despite how close they were to one another, they couldn’t speak. As this took place, she claims that she also saw a dragon-like being with many heads. It was then that God rescued her and told her to go back home and tell others of her experience. The bullet she shot herself with had missed her heart by less than a quarter of an inch.

7. The Battle of the Souls

Dr. George Ritchie was dead for nine minutes in 1943 due to pneumonia. He states that he awoke in a hospital room, where he saw his dead body before he was taken on a tour of the afterlife. During his tour he saw a few different aspects of hell. In one, he saw people following those who were alive, attempting as much as they could to engage in drinking and smoking, however their attempts failed. No matter how hard they tried to do the things they had enjoyed in life, they couldn’t. In the next part, he saw a neverending battle of physical violence and perverted sexual acts.

There are many theories regarding near death experiences, however, none of which have been verified. While the accounts could simply be terrible nightmares experienced while we are on the cusp of death, there are many who believe the accounts to be actual moments in hell. What do you think happens when you die? Were these seven people simply encountering terribly realistic nightmares or did they actually engage in the afterlife if only for a moment?