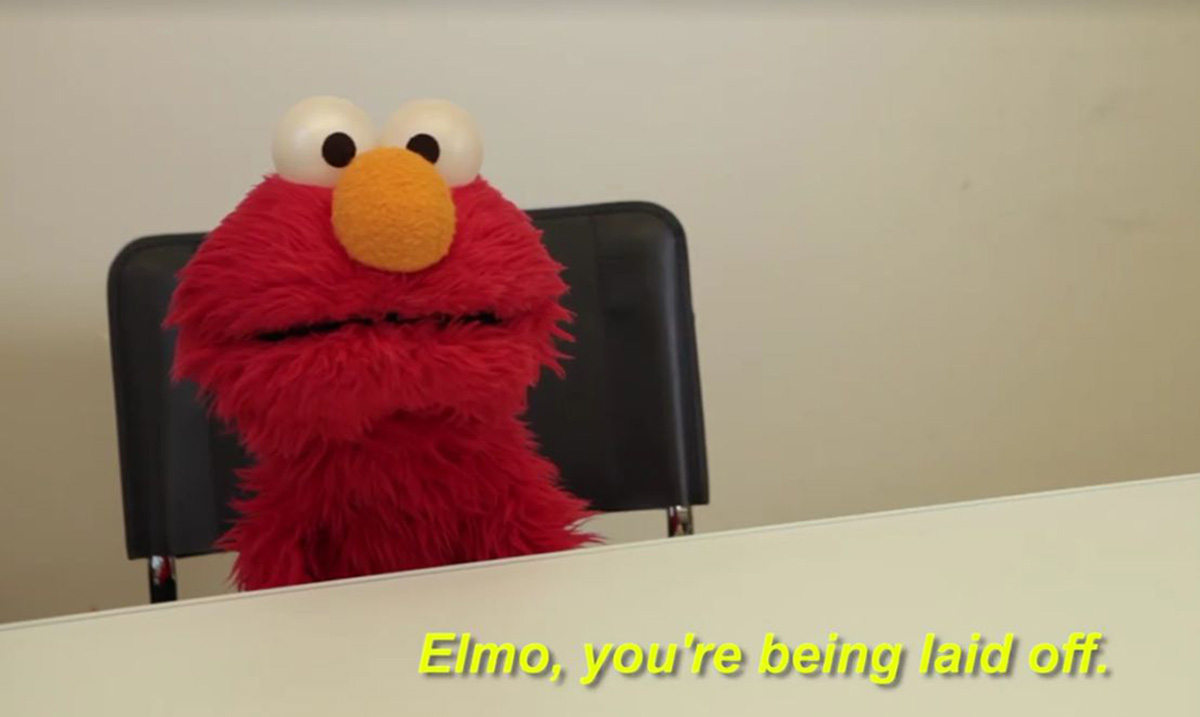 Sesame Street has been a children’s learning show since the 60’s, but recently What’s trending put up a video about Elmo being fired. At first, the video is really hilarious, but them it gets way too real.

Donald Trump’s proposed budget cuts last week included a litany of organizations dedicated to helping the less fortunate, preserving the art, and even feeding the elderly. Most people object to these budget cuts, but this Sesame Street Parody video from What’s Trending reminds us that these cuts not only undercut social progress but also put Americans out of work.

All American’s have watched Sesame Street at some point in their lives or another. The series first began in 1969 and has been a pivotal part of most people’s childhoods. But this hilarious parody shows us that not even Elmo is safe from budget cuts.

Thankfully, a recent partnership with HBO has saved Sesame Street from going down. Hopefully. But people who really need public television, the ones who cannot afford cable, aren’t likely to have access to HBO. Many PBS shows and other public programs proposed to be cut partially or entirely do not have a sponsor or partner looking out for them.