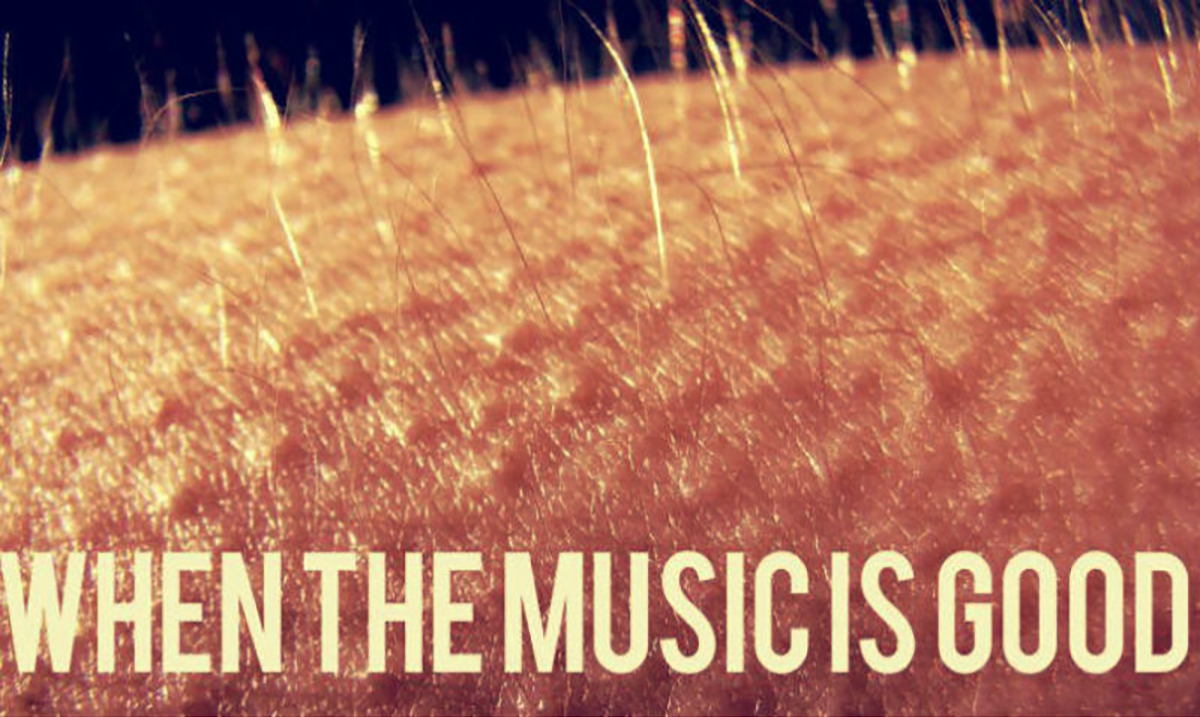 If You Get The Chills While Listening To Music, You Have A Very Unique Trait

By Rebal Pharmacist April 2, 2017 No Comments

Music is the only thing that keeps me sane, and I can’t just listen to one type of music, I have to listen to them all. But have you ever had one of those moments where you are listening to music and suddenly you get chills throughout your whole body?

Mitchell Colver wrote an interesting piece about this occurrence on The Conversation. In the piece, he says, “The experience is called frisson (pronounced free-sawn), a French term meaning “aesthetic chills,” and it feels like waves of pleasure running all over your skin. Some researchers have even dubbed it a “skin orgasm.”

Listening to emotionally moving music is the most common trigger of frisson, but some feel it while looking at beautiful artwork, watching a particularly moving scene in a movie, or having physical contact with another person. Studies have shown that roughly two-thirds of the population feel frisson, and frisson-loving Reddit users have even created a subreddit to share their favorite frisson-causing media.”

The big question is, why do some people experience frisson and not others?

According to Colver, “While scientists are still unlocking the secrets of this phenomenon, a large body of research over the past five decades has traced the origins of frisson to how we emotionally react to unexpected stimuli in our environment, particularly music.

Musical passages that include unexpected harmonies, sudden changes in volume, or the moving entrance of a soloist are particularly common triggers for frisson because they violate listeners’ expectations in a positive way, similar to what occurred during the 2009 debut performance of the unassuming Susan Boyle on “Britain’s Got Talent.”

“To test this, participants were hooked up to a machine that measured their skin response. They were then played various pieces of music by artists including Air Supply, Hans Zimmer, and Chopin.

Each of the songs was said to contain one thrilling or climatic moment that might cause frission. By getting the participants to sit a personality test as well, Colver deduced that those who experienced the sensation possessed a personality trait called “openness to experience”.

“Studies have shown that people who possess this trait have unusually active imaginations, appreciate beauty and nature, seek out new experiences, often reflect deeply on their feelings, and love variety in life,” he wrote.

Colver discovered that it is not the emotional side of the personality trait that is causing the reaction, but rather it is cognitive – “such as making mental predictions about how the music is going to unfold or engaging in musical imagery (a way of processing music that combines listening with daydreaming).”

In simpler words, those who immerse themselves in the music on an intellectual level are more likely to experience goosebumps or chills than those who simply let it wash over them.”

Now that you know all of this does it make things a bit clearer? I know it did for me!