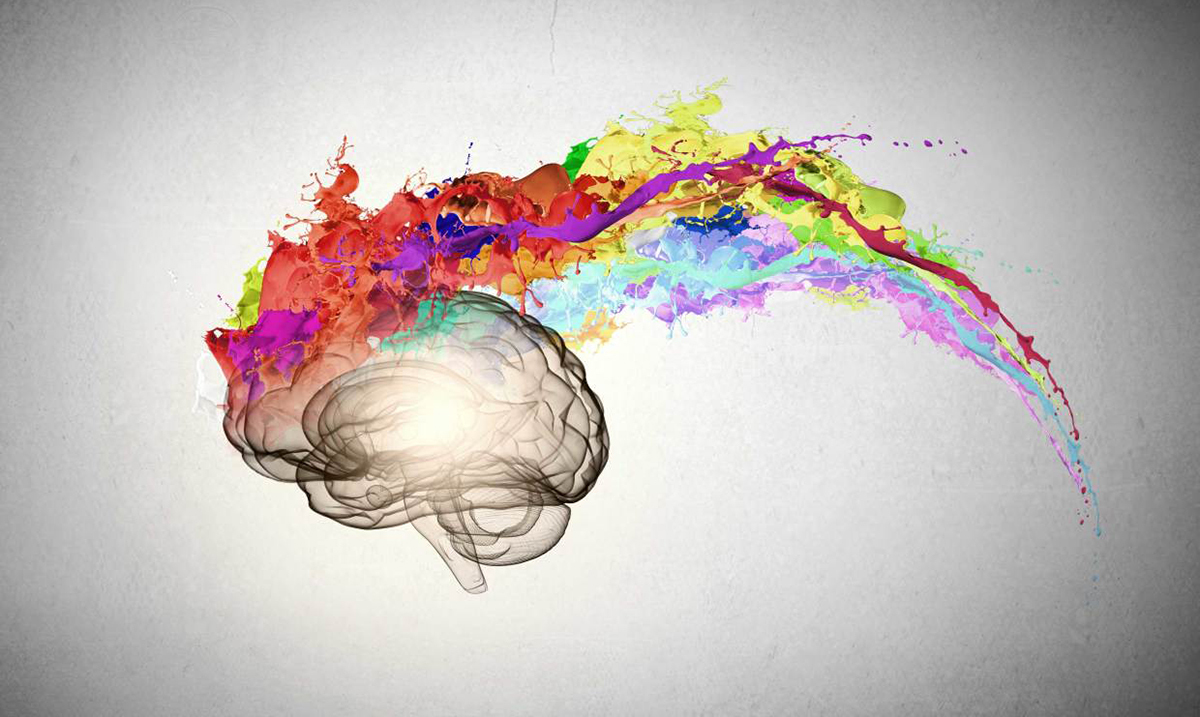 Meditation Can Change Your Brain Structure

According to Sara Lazar, a notable neuroscientist from Harvard Medical School, meditation isn’t just a path to spiritual enlightenment, but also a beneficial and healthy practice that can rewire your brain. Furthermore, the benefits meditation provides rivals almost any pharmaceutical on the market.

Lazar conducted a study with Harvard teammates to find if there was any backing to long-touted claims of meditations cognitive benefits. What she and her team found surprised everyone. Lazar’s interest was spiked while she trained for the Boston marathon. Included in her training was Yoga stretching.

She began her yoga classes simply to stretch in order to become better prepared for the marathon, however, as she brushed off her teacher’s claims of yoga increasing compassion and opening the heart, she soon realized she did actually feel much calmer.

Due to this, Lazar began her research. In the first study conducted, she and her team looked at long-term meditators vs. a control group. In that study, they found that those who had been meditating for awhile had an increased amount of gray matter in their insula and sensory regions, the auditory and sensory cortex. She explained to The Washington Post, that the discovery made sense because:

“When you’re mindful, you’re paying attention to your breathing, to sounds, to the present moment experience, and shutting cognition down. It stands to reason your senses would be enhanced.”

And less gray matter means a more preserved aging brain. In another study conducted by UCLA, their researchers found the same results.

“We expected rather small and distinct effects located in some of the regions that had previously been associated with meditating,” said study author Florian Kurth. “Instead, what we actually observed was a widespread effect of meditation that encompassed regions throughout the entire brain.”

Meditation has also been found to be effective at reducing symptoms of depression, anxiety, and pain. A review study at Johns Hopkins found the effect size of meditation to be moderate, at 0.3. However, while that sounds quite low, it is the same effect size as taking pharmaceutical antidepressants.

Continuing with Lazar’s study, she and her team found that meditation actually holds the power to actually change your brain’s structure. By looking at eight weeks of Mindfulness-Based Stress Reduction (MBSR) they discovered that the cortical thickness increased in the hippocampus which governs learning and memory, and in certain parts of the brain plays a role in emotional regulation. 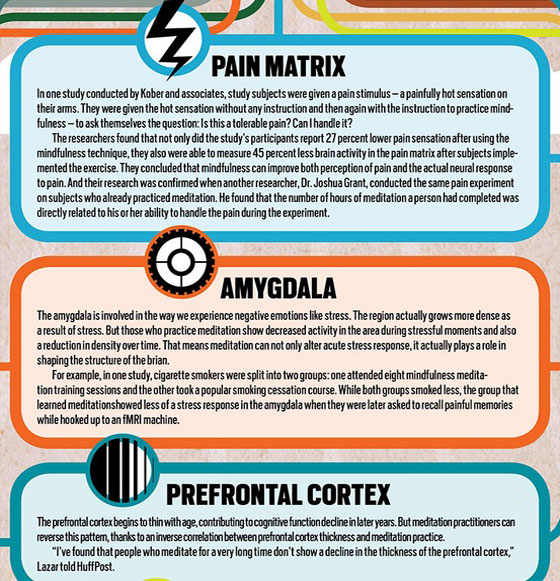 They also found that there were decreases in cell volumes found in the amygdala that is responsible for fear, anxiety, and stress. 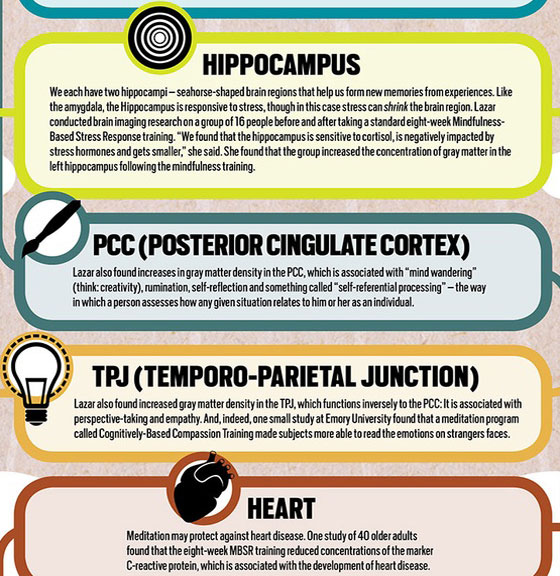 And if that isn’t enough to get you started on a meditation regimen, I’m not sure what would be. Not only is meditation a significant therapy for a number of mental ailments, but it is also beneficial for lowering blood pressure, decreasing your risk for heart disease, and relieving pain. If you are wondering where to start, we have taken care of that for you as well. Just look below for a simple introductory to meditation and get started with its many health benefits today!