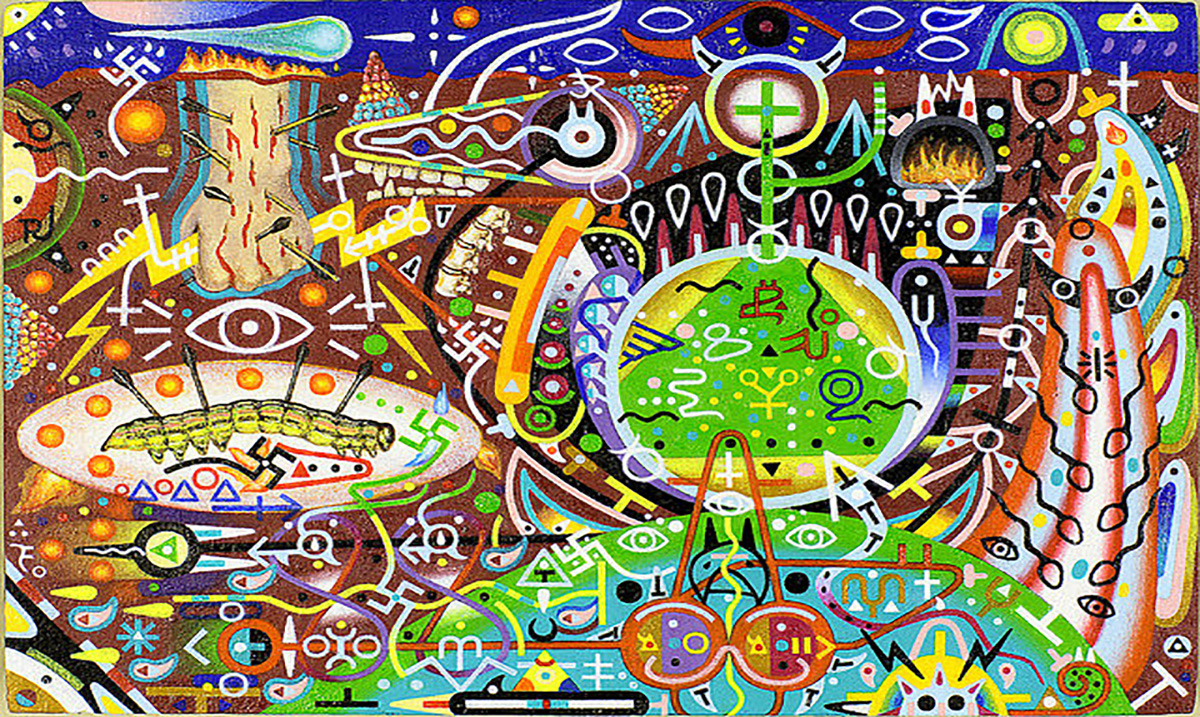 This Artist Got Cancer Of The Pineal Gland. His Paintings Will Leave You Speechless!

But what happens if the pineal gland is compromised through illness? Does one lose their connection to the spiritual world? This artist has the answer. Shawn Thornton is a spiritually in touch artist, whose pineal gland became threatened upon the diagnosis of cancer. The doctors found a tumor that rested right in the middle of his pineal gland.

Before Thornton was diagnosed with cancer, it had been there for an extensive amount of time. In the meantime, he had furthered his education on art and eventually started depicting the manifestations that are brought along by such a serious illness. Shawn likes to spend his time painting, but if he isn’t painting it is likely that he is meditating. As you look at his art, you will notice that is almost tickling your pineal gland. His artwork is extremely spiritual, and as he likes to say, “is laden with intricacies, schematics, and windy connections.”

Could Buck Roger’s cancer cause his pineal gland to release an extensive amount of DMT, and this is causing him to be more spiritually in touch? During his battle with cancer, he definitely hasn’t lost his spirit-body connection, that’s for sure. You can obviously see that’s present in his artwork, See for yourself!

In addition to his story, here are a few statements that Mr. Rogers has made on his condition and art.

“I suffered from a slow growing cancer in my pineal gland while I attended art school and during subsequent years while my paintings developed with an underlined mythology that alluded directly to the pineal years before I even know of its existence.”

“I think I’d work myself into a frenzy for a while and yes, when I would fall lie down in bed I’d have something like a manic episode that was very lucid and visionary. That still applies to this day, but I try to control it better so I don’t get sick again.”

“I’ve had a lot of truly mystical and otherworldly experiences as a result of my history and battle with brain cancer and I’m really drawn to things that resonate with a certain powerful energy, and I’m always honing in on that more and more. whether consciously or subconsciously.”