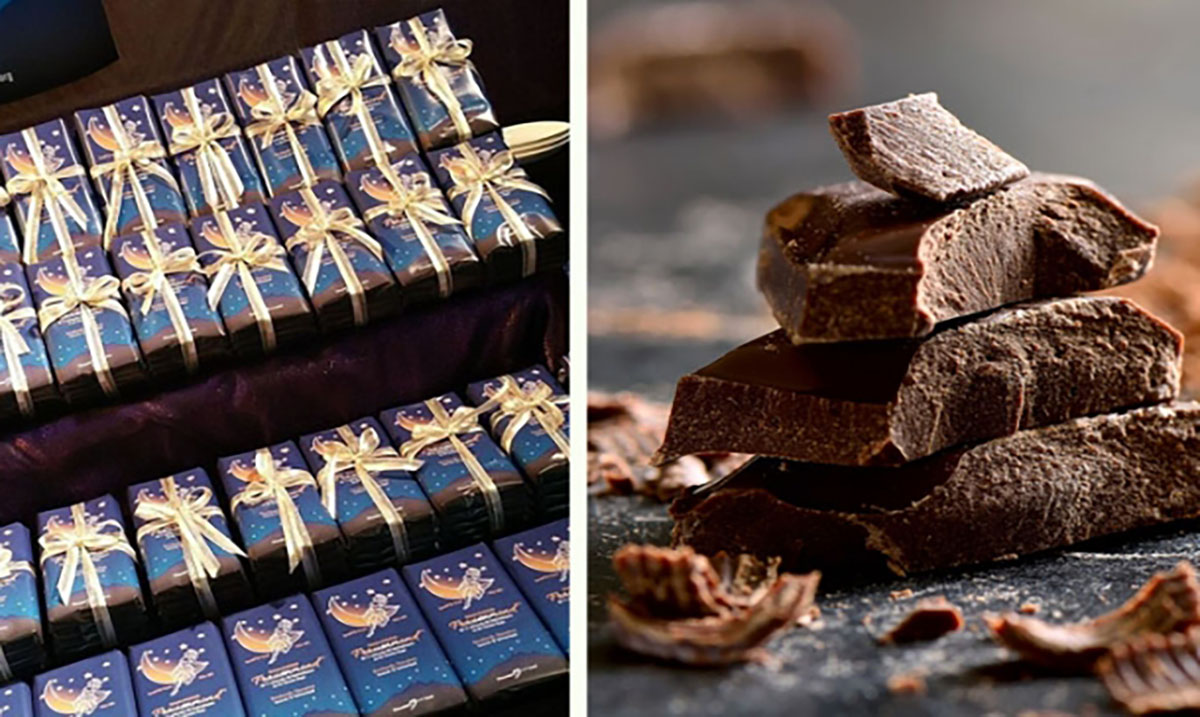 This Chocolate Is Designed To Relieve Your Period Cramps

If you have ever heard anything that sticks out about women and their periods, two major facts stick out: the necessity for soothing cramps and chocolate cravings. Now, thanks to a Swiss company, the two have now come together in pure harmonious wonder for women everywhere.

They have given their creation the name ‘Frauenmind’ which directly translates to ‘women’s moon.’ The company that created it is called Chocolate with Love and is ran by Marc Widmer, who has also worked as a pastry chef at a number of top ranking hotels. In order to aid women in their endeavor to soothe their period cramps, he has placed herbs and other molecules into the chocolate bars to induce a calming effect on the body.

However, he insists that men can also enjoy the calming effects it provides. “I myself have tried it,” he explained.

The calming blend used in the chocolate bar contains 17 different herbs, many of which came from the Swiss Alps. And chocolate, which also boosts serotonin levels, is known to make people happier. If the herbs work the way the company claims, then it brings a whole new meaning to superfood.

And even if the herb blend doesn’t work the way the company claims, there is good news anyways. You see, women crave chocolate when they are on their period due to the fact that fluctuations begin to take place in the weeks leading up to a woman’s period. Because of this, women tend to crave chocolate, starchy foods, and other candies during the premenstrual weeks.

So, go ahead, and indulge yourself. Have chocolate and eat it too! Put an end to your cramps, satisfy your cravings, and enjoy yourself a little. After all, when we have to deal with the wonderful ‘perks’ involved with having a period we deserve a little satisfaction.