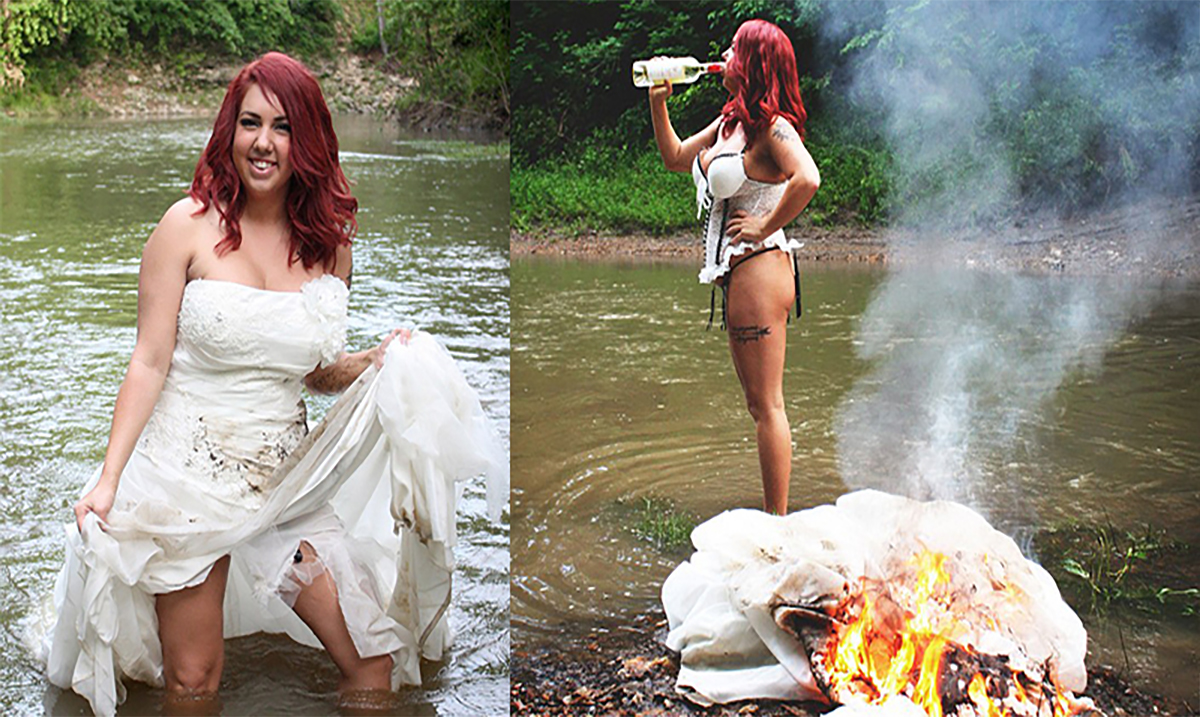 Sometimes relationships don’t go the way we want them to, but that doesn’t mean you have to let it get you down. Take Kaitlyn McKee for example! 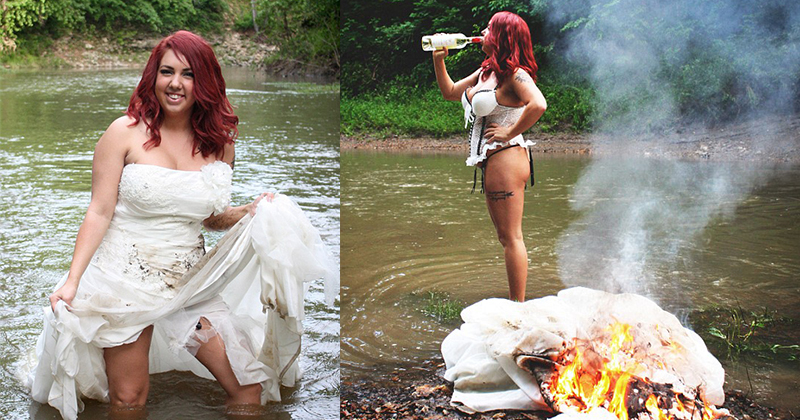 Life is always throwing us curve balls and we all struggle with keeping up with the twists and turns of life. However, we all go through stuff that sucks and you just can’t let it get you down. Sometimes you just have to put your big girl panties on and get back up and keep moving. One woman named Kaitlyn McKee did exactly this, and with her we stand! Kaitlyn shows us a fantastic example of picking yourself up off the ground, wiping off, and moving on – with a little ass kicking in between, right?

According to the Daily Mail, Kaitlyn and her ex-husband were together for ten years and married for four before they mutually agreed to end things. She blames growing apart for her divorce, even though they share a six-year-old daughter. “My relationship wasn’t a good one, so it was a relief to finally be free. We’d been together since I was 16, and married for four years. We grew apart,” said McKee, as reported by the Daily Mail UK.

Mckee has now found someone else and hopefully, no wedding dresses will be set ablaze this time. She had decided to start off her new chapter in life just right, by metaphorically setting the past on fire. “I did a bit of research but all the ideas were my own and it was exactly the way I wanted to do it. It was like my rebellion against the marriage, my way of saying I’m free. We went out to this little area with mud and water and I had a bottle of wine and a gas canister in a basket,” said McKee, as reported by the Daily Mail UK. 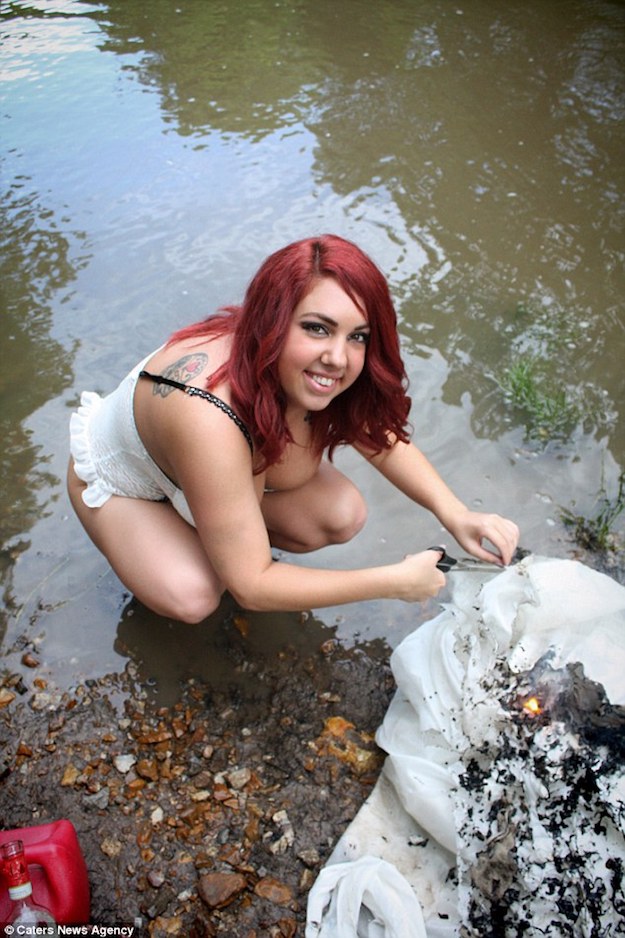 “I cracked open the wine, took it off and then set it on fire. I watched it burn while I drank the wine. It was very liberating, exciting and empowering. It actually ended up being quite sexy because I stripped down to my underwear,” said McKee 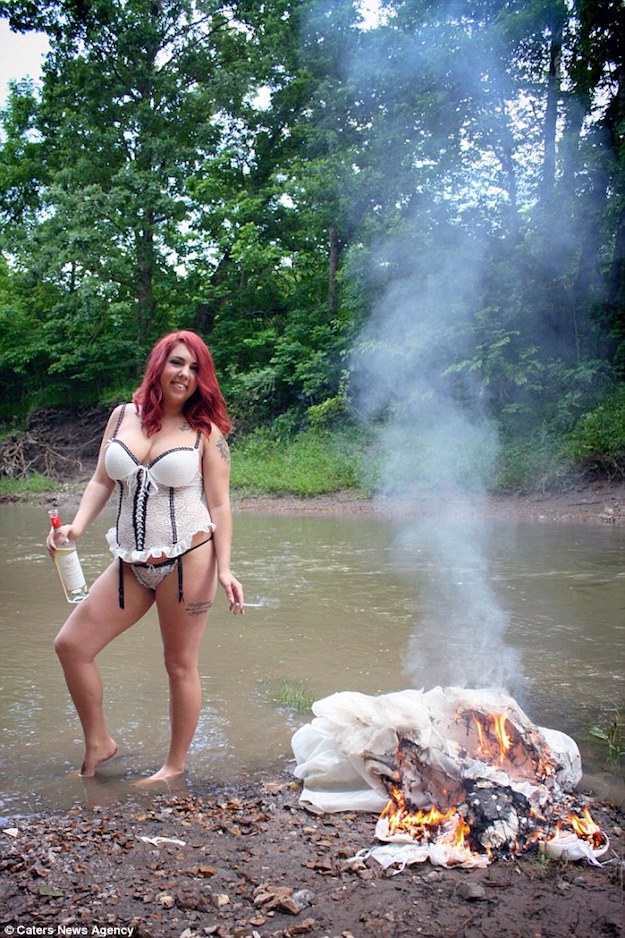 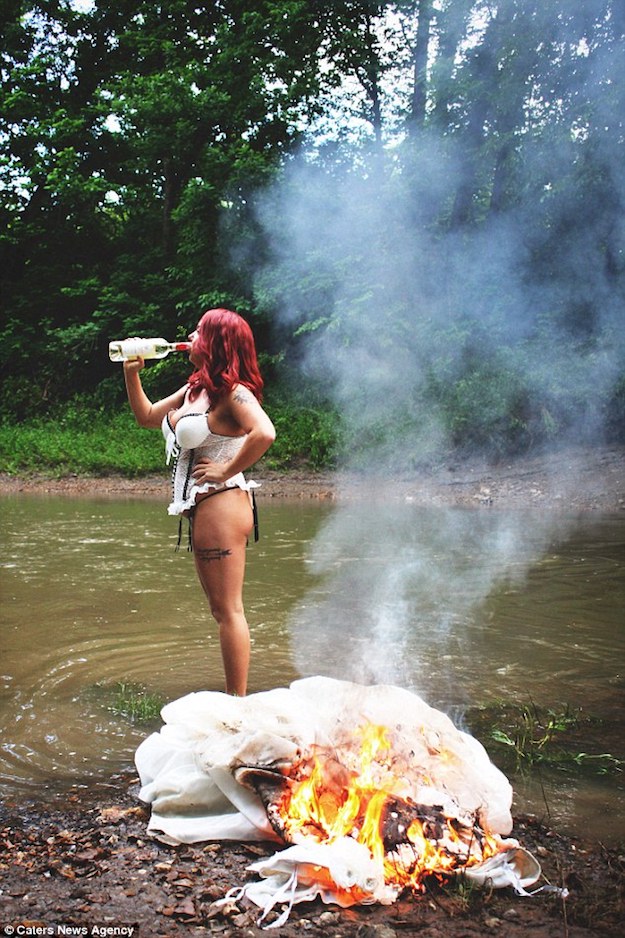 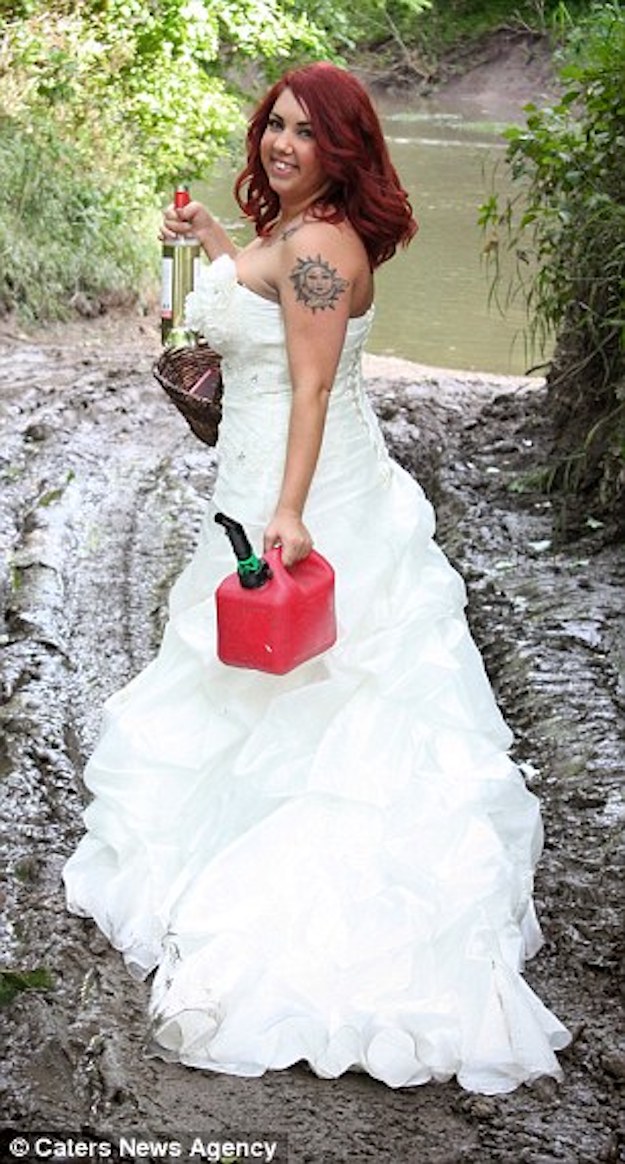 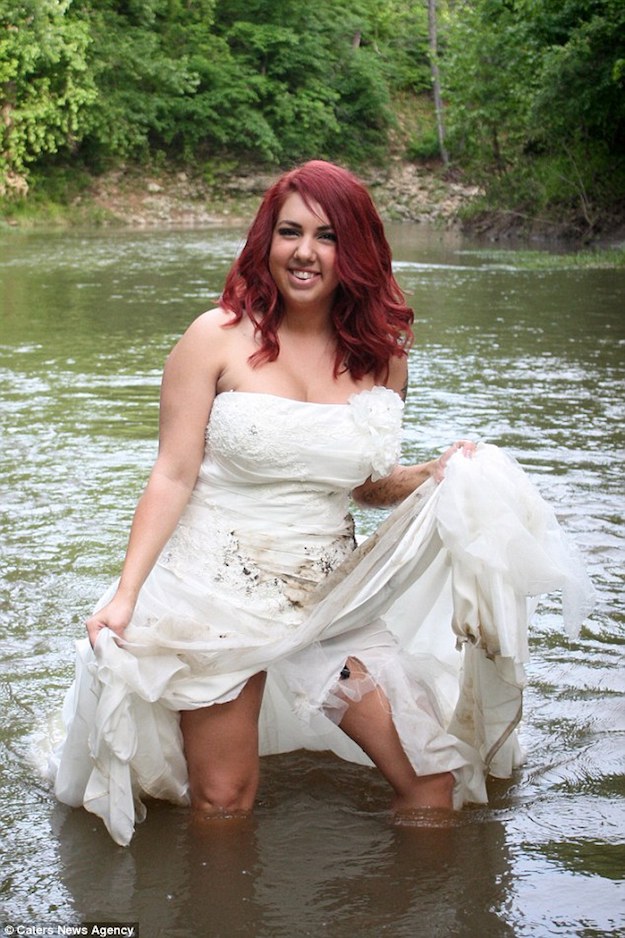 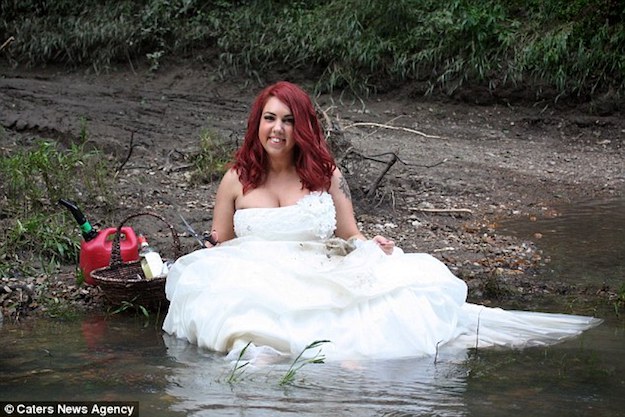 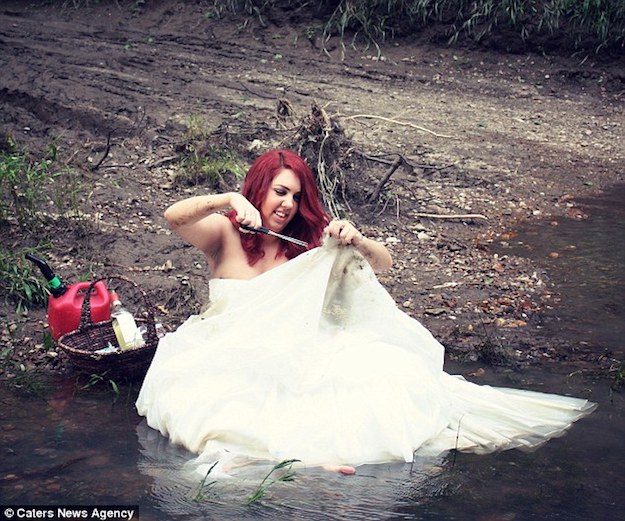