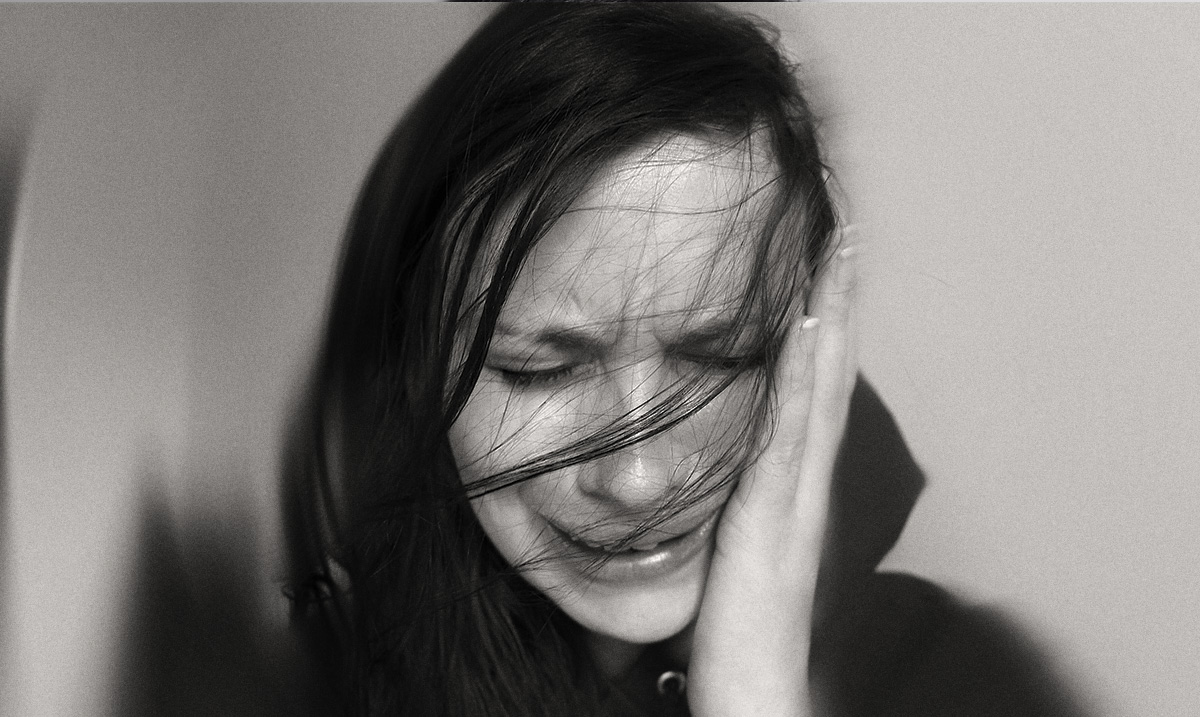 People often perceive people with anxiety to be nervous, agitated, and quietly panicking. While these traits are semi-accurate, there are people who suffer from extreme anxiety that don’t even show it. Chances are that these people suffer from a higher rate of anxiety than the rest of us because they have managed to deal with it so efficiently. Well, not exactly dealing with it. These people mask the massive amounts of anxiety they are experiencing with social butterflying, conversing, and making people laugh.

One way to indicate that someone is experiencing anxiety whilst being a social butterfly is by the speed they are talking at. People who suffer from anxiety and are still social tend to talk really fast because of the anxiety. They might stumble over their own words and often have trouble stopping talking. They’ll keep entertaining as long as they have to in order to keep people from looking at their flaws. The Mighty Online wanted to figure out what the anxiety ridden social butterflies are actually thinking while being social – what they got was extremely interesting and eye opening.

They asked talkative members of their Mental health community who live with anxiety about their issue. How is it possible to be social while still being anxiety ridden? Well, hear it from them themselves. Point of the matter is, just because they are social, doesn’t mean they aren’t having an internal anxiety attack.

Here’s what the talkative members of the mental health community had to say:

“You think I’m super outgoing, but I’m actually talking nonstop because I’m so nervous. A lot of the time later on when I’m alone, I replay the conversation we had and hate myself for half the stuff I said. To you, the whole thing was just a ‘normal’ conversation. To me, it’s so much more complex than that.” — Hannah L.

“I may look comfortable continuously talking for hours, but inside me is the anxiety and unexplainable embarrassment waiting to burst. I feel like the moment I stop, people will completely lose interest in me — as if it’s the only thing I can offer.” — John B.

“I overanalyze every single conversation, every single word spoken to me or about me. I know it can be irrational, but it’s just how my brain processes other people’s words, meanings and implications (whether they’re good or not).” — Elizabeth G.

“[I wish others knew] that we can be close friends and spend almost every day together for months and then — seemingly out of the blue — I won’t come around or hang out or even text as much. I might even try to avoid running into you out in public. It’s nothing personal, sometimes the interaction with friends or family is even more overwhelming than usual. Don’t give up on me though, I’ll be back.” — Layla M.

“I wish other people understood that just because I’m good at social interaction does not in any way mean I don’t have social anxiety.” — Daniel J.

“I’m not trying to be annoying, I just love when I can finally talk to someone and not be terrified. I tend to say a lot in a short amount of time, so it really helps if you just listen because sometimes people will just get annoyed and shut you down for being talkative.” — India S.

“I’ve learned to be a very good actress. You would never know the anxiety that’s going on inside or how nauseous I get when I’m getting ready. Once I push myself out the door and get there, the acting kicks in and I’m OK as long as I stay ‘in character.’” — Tammy B.

“Even though I am talking to you and [might] seem completely chill, inside my mind I am over thinking and analyzing every aspect of your body language and words in an attempt to detect if I am being weird or awkward.” — Sarah J.

“Being social isn’t easy for me. I have at least 10 different ways of saying the same sentence in my head and I’m made to make a split decision on which one to choose. I stutter and talk fast to get the conversation over and done with.” — Kaicee M.

“I talk so much because I’m uncomfortable. I’m not trying to make friends with everyone — I’m trying to fit in/assimilate by being outgoing. I may seem confident and friendly, but on the inside, I wish I could just crawl into bed and hide from the world.” — Lauren A.

“Even though I seem outgoing, sometimes seemingly small things are too difficult and I just can’t do it. Even if I’ve done it a hundred times before.” — Bailey M.

“I talk a lot and to a lot of people because I want to make people feel included. I often go through bouts of thinking no one really likes me, so I don’t ever want to make others feel that way.” — Tasha B.

“I’m not a hypocrite for being both talkative/making plans and anxious to the point where I’ve had to cancel plans. I understand I need to take time for my mental health, but [I] also feel like I’m blowing off my friends when I have to bail.” — Nicole C.

“I find myself thinking I need to hurry and say what I’m thinking, often rambling at warp speed because my distorted thinking tells me the person listening either doesn’t care or is going to interrupt soon, so I better hurry. My messed up inner critic makes me do it! But I’m getting better about it.” — Linnea H.

“I wish people would understand my fidgeting, lack of eye contact, dislike of being touched and inability to stay focused on a conversation is not due to lack of interest in the conversation/them and I am not intentionally trying to come across as rude.” — Sarah B.

“My way of releasing my anxiety is often to talk and talk and talk. I feel so self-conscious, and my anxiety makes me try to predict any negative feedback and address it before it happens. So I can keep talking a lot. Instead of trying to talk over me or roll their eyes, a better thing my friends can do is maybe change the subject or just join in and turn it into a conversation.” — Jenny B.

“I become like a broken record because I get so anxious about being misunderstood. It means I repeat the same point over and over which can become really irritating. I irritate myself when I do it too, but after the panic sets in, I can’t stop going over and over the same thing.” — Caro H.

“We don’t always talk to represent ourselves, but rather, to make others feel more welcome because we know what it’s like to feel uncomfortable in our own skin.” — Adam P.

“I wish people understood that sometimes I am in the mood to talk and sometimes I’m not. Being shy and anxious around people is just how I am, how I’ve always been. Struggling with social anxiety does not make me ‘stuck up,’ it makes me human. It’s hard to have so many thoughts and conversations swirling around in my head but having no idea how to start them, or being afraid to start them.” — Emily H.