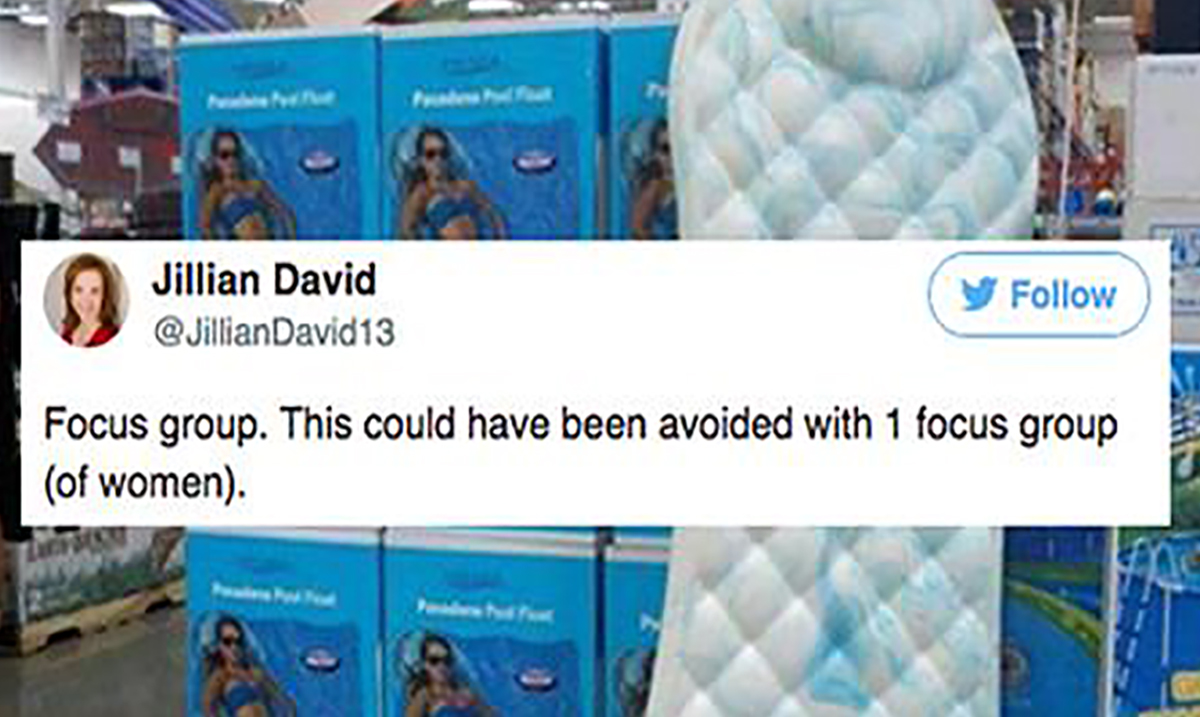 30 Tweets That Will Bring Every Woman to Tears Laughing

Life is a woman isn’t always easy – it’s messy, confusing and sometimes a downright disaster. Regardless of what may be going on, there is almost always a way to find humor in the situation! These tweets outline some of the best, worst and most hilarious moments of being a woman!

You Aren’t Going to Fool Us – You Aren’t Listening!

The Truth About Birth Control

No One Will Ever Explain The Deep Connection of Women Bonding

me after having a five minute conversation with a drunk girl im meeting for the first time pic.twitter.com/6mqisztYdh

Seriously – We’ve Got Each Other’s Backs

Never Underestimate the Strength of a Woman

Since you dudes love guns, hunting, action movies, you think you’d respect women a bit more – we bleed for five days & don’t die from it.

We May Love Our Selfies, But Come On, It Could Be Worse…

You can complain all you want about women taking selfies; we aren’t the ones naming our children our own exact fucking names.

There Are Times You Just KNOW What’s Coming

While There Are Times That We Are Apparently a Complete Mystery

If you think you have a stupid question, just remember NASA engineers once asked Sally Ride if 100 tampons were enough for a 7 day mission.

We All Understand the Fear That is Fluorescent Lighting

Me: I look great today
Fluorescent lights: I can fix that.

guys: women are a mystery.
women: Here is what we-
guys: LITERALLY WHAT DO THEY WANT?
women: well for start-
guys: Guess we’ll never know!

There Are Certain Style Expectations to Live Up to

are you even a girl if you don’t tell people you’re wearing jeans and a nice top ????

The Venn diagram of men who say women take too long to get ready and men who ask if you’re sick when you’re not wearing makeup is a circle.

I can’t believe women used to have to wear shoulderpads, i’m so grateful menstruation moved to the vagina in the 90s.

And Sometimes We Just Want to Be Comfortable

Why is it That Women Never Get Pockets?

GOD: Let there be women
WOMEN: Cool
GOD: But no pockets
WOMEN: What?
GOD: Put your stuff in a bag lol
MEN: lol
GOD: lol

We Are Forced to Carry Purses Everywhere We Go

It Really Isn’t Our Fault That They Hold Our Whole Lives!

“How do you find anything in here?!”

-my mugger, giving my purse back

There Are Times Our Opinions Would Be Helpful…

Focus group. This could have been avoided with 1 focus group (of women). pic.twitter.com/C76lv5ji33

But Really, What Do We Know About What Women Want?

Do men like being kicked in the sack? Women in new survey given after being shown this headline say yes. pic.twitter.com/pdKh5EWd2U

We Fight Inequality Every Day

Gender Inequality: A woman continues to have to do a LOT more than a man to get to the same position. pic.twitter.com/qDY8KOMT2U

Trying to Prove Ourselves Against Even the Craziest Judgements

When a man tells me he’s looking for a ‘real woman’ I scurry away because I’m actually three owls in a raincoat AND HE MUSTN’T FIND OUT.

We Even Fight Judgement Among Ourselves

1-20: The weight of other people’s expectations & judgments

But Don’t Mistake Us For the Weaker Sex

if you think women are the weaker sex, try pulling the blankets back to your side

I’m just a girl, standing in front of a boy, b/c I didn’t immediately get out of his way as he was walking towards me & now he’s perplexed.

We asked 500 men what they look for in a woman and then set them adrift on a raft screaming, because just kidding who cares

But At Times We’ll Even Hold Back Our Own Opinions

Me: I know exactly where I want to eat

Inner me: Tell him you don’t know pic.twitter.com/Qephf9XNon

When you shave for the first time in months. pic.twitter.com/FkhhFrqHw3

We Are Perplexed By Some of Life’s More Difficult Decisions

But Really, The Pockets….

*at my funeral*
Friend crying over my casket: look they’re burying her in her favorite dress
Me, still dead: it haaasss pockets