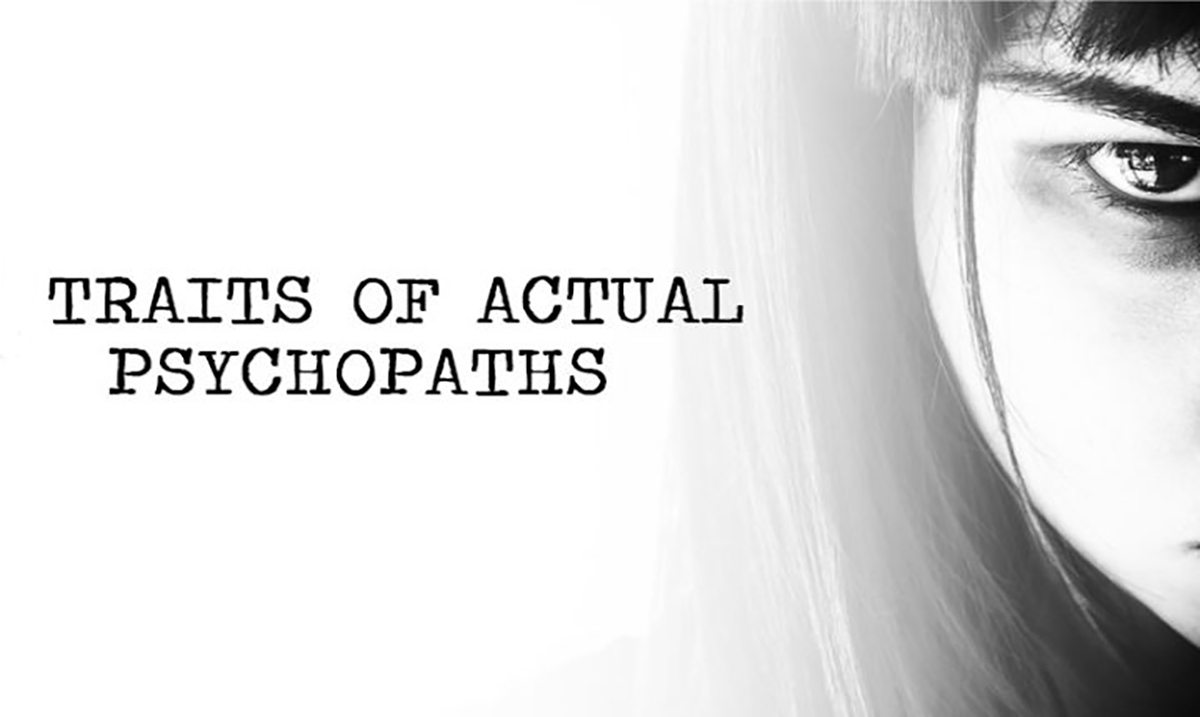 Oftentimes, when we think of a psychopath, we instantly make associations to serial killers or criminals. However, psychopaths actually make up a much larger percentage of the population than you would believe, and many are hiding in plain sight.

In all facets of your life, there is sure to be a psychopath lurking around the corner, and in many cases, you probably have even associated with a few. Furthermore, they can be successful businessmen, politicians, parents, friends, and lovers. Chances are, you probably have one in your life right now, and while they may not physically harm you, they can do a lot of damage to everyone around them, whether you realize it or not.

Psychopathy and sociopathy fall under the category of antisocial personality disorder. In order to meet the diagnoses, they must display several withstanding personality traits. Psychiatrists believe the disorder to be caused by both environmental and genetic factors. There are currently forms of therapy that can help, however, there is no cure for the disease. And sadly, since psychopaths are so good at pretending to be normal and avoiding discovery, it is very unlikely for one to be diagnosed.

Dr. Paul Babiak says that 1 out of every 100 people likely carry psychopathic traits. As you enter into business atmospheres those odds increase to 1 out of every 25 managers or executive. And while many criminals are psychopaths, not all psychopaths are criminals. Many live their entire lives without ever obtaining a criminal record.

1. They Show No Empathy

While a psychopath can know and understand your feelings, they are unable to actually feel them for themselves. Typically, their feelings are quite shallow, especially when it comes to other people. No matter how much they hurt you, or make you cry, they will never be able to care about how they effect you. On the contrary, there are many cases in which they feed off of this sort of behavior.

Like a predatory animal, psychopaths are able to charm and engage you just enough to get you in their midst. Once they have reeled you in, they can then pounce on you, just as they planned all along. However, you will never see it coming. They will tell you exactly what you want to hear, and appear to actually be caring. Unfortunately, once you have been reigned in, it is hard to push them away.

3. They Will Attempt to Manufacture Negative Reactions

Psychopaths will manipulate situations affect and create chaos. By provoking others to act out, they are able to turn the situation around to make others feel as though they are the one that is wrong. Soon, the other person will begin questioning their own sanity. In a work atmosphere, the psychopath will work to turn coworkers against one another. In an intimate relationship, they’ll use reactions they obtain to get sympathy from future partners.

4. They Show No Remorse

No matter how you try to put things into perspective for a psychopath, they will never accept responsibility for their actions. Instead, they will justify what they do, or turn the situation around on the person they have harmed. Most of the time, they will play victim to everyone else or appear entitled to act in a destructive way.

5. They Are Master Manipulators

Despite the fact that they are not capable of experiencing true emotion, they do understand other people’s emotions enough to use them against them. By understanding how other people react to their emotions, they can manipulate or trigger certain emotions. Whether it is by flattery, guilt trips, gaining sympathy, or by hurting you in the deepest way imaginable, they will do whatever it takes to get what they want.

If you believe that someone you are close to is a psychopath, you may have to cut ties with them to avoid becoming tangled in their web. While this may be hard, due to your feelings for them, if another person is manipulating you to get what they want, it is time to move on. Especially if they are hurting you or others due to their behavior. Oftentimes, psychopaths will progressively become worse towards those they care about, and for that reason, eventually they become isolated from the world.