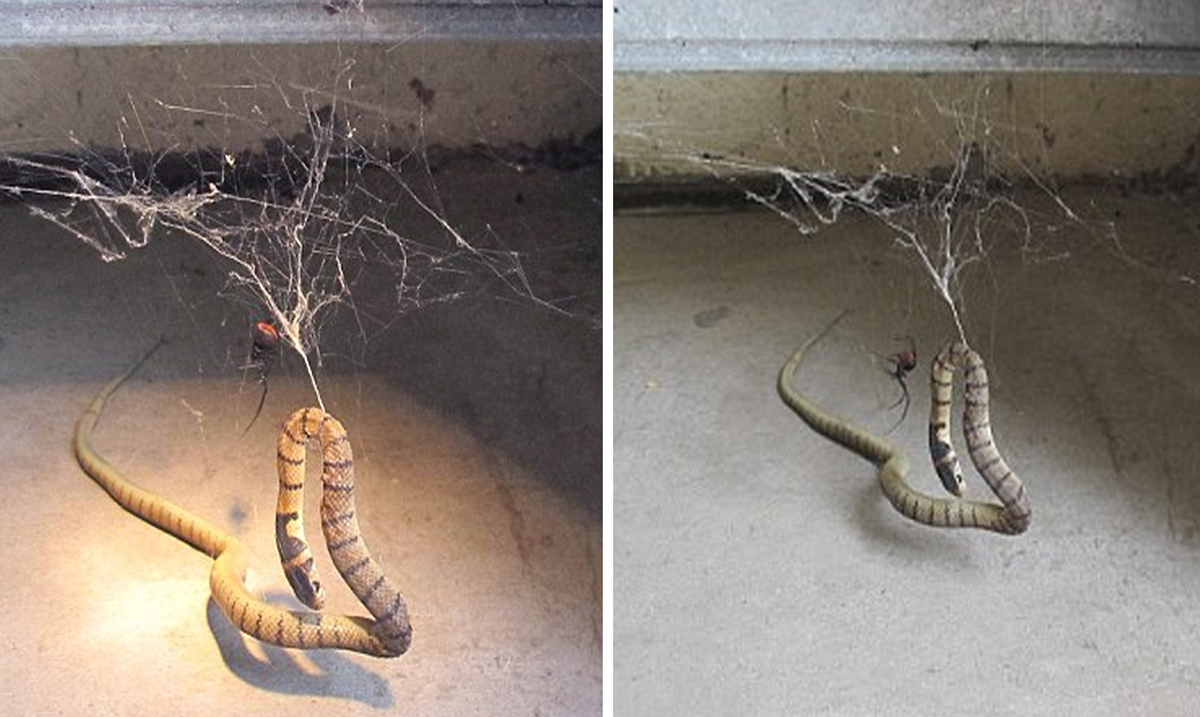 Ambitious Spider Traps A Snake, And It’s All Your Nightmares Come True

By Rebal Pharmacist April 4, 2017 No Comments

Australia is a beautiful country surrounded by amazing beaches and warm temperatures year-round. Still, the country is not just fun and games; it is home to some of the most dangerous animals in the world! 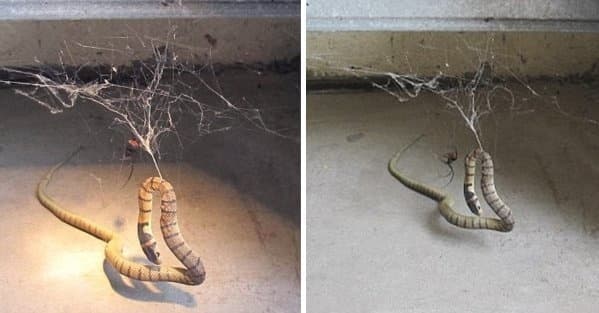 It should go without saying that when you come across any lethal creature, it is best to stay away as the chances of survival are often low. One family in Kalgoorlie, Western Australia were witnesses to an epic battle between a brown snake and a red back spider. 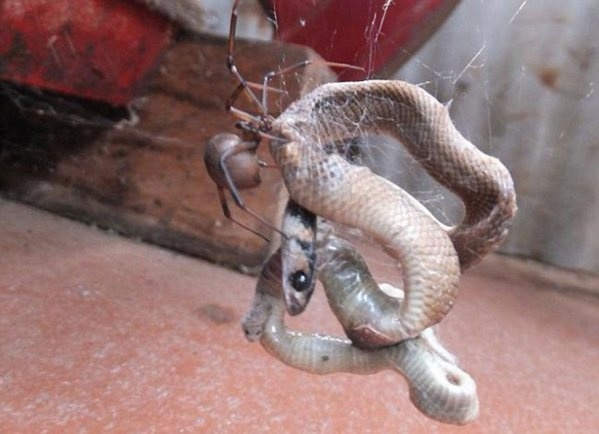 Jamii-Leigh Marwick’s son Eamon was so excited to find a brown snake and red back spider go at it. The snake could be seen wriggling its body back and forth. Jamii-Leigh contemplated freeing the snake, but she feared the snake would go after her or her son. 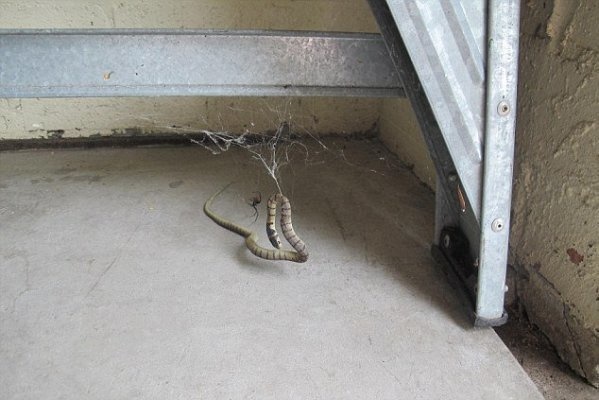 Although the snake ended up winning the battle, neither won the war. “Accidentally dropped the glass jar I was trying to catch him in, on his head,” she wrote in her Facebook post. She killed the snake 🙁