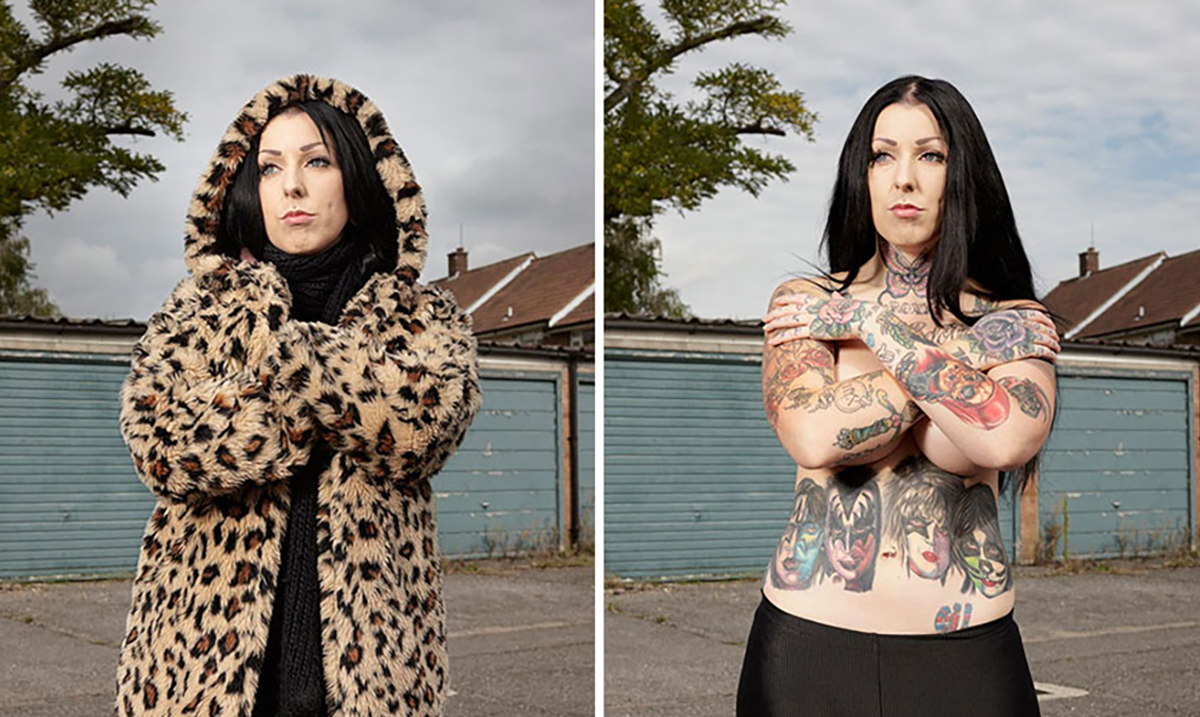 Tattoos are awesome and they really give you that extra personal edge. It’s a fantastic way to express your individuality through your own body, but on many instances we are forced to cover up our body art.

Tattoos have been around for quite sometime now, and you’d think that by the year 2017 people would understand that tattoos do not affect productivity in the workplace. However, that’s not the case. People who have tattoos are forced to cover them up in the workplace and at school. Because of this we might not realize how many people are actually covered in body ink. London based photographer, Alan Powdrill outlines this topic in a new series where he captured men and women all covered up alongside capturing them in the nude and exposing their tattoos. It really shows how many people actually have tattoos and are forced to cover them up today. 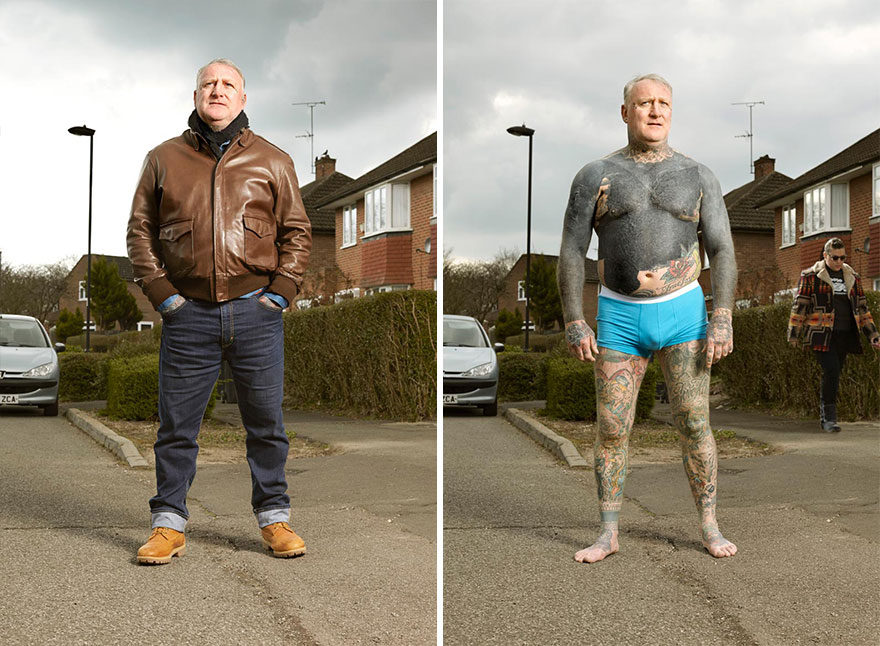 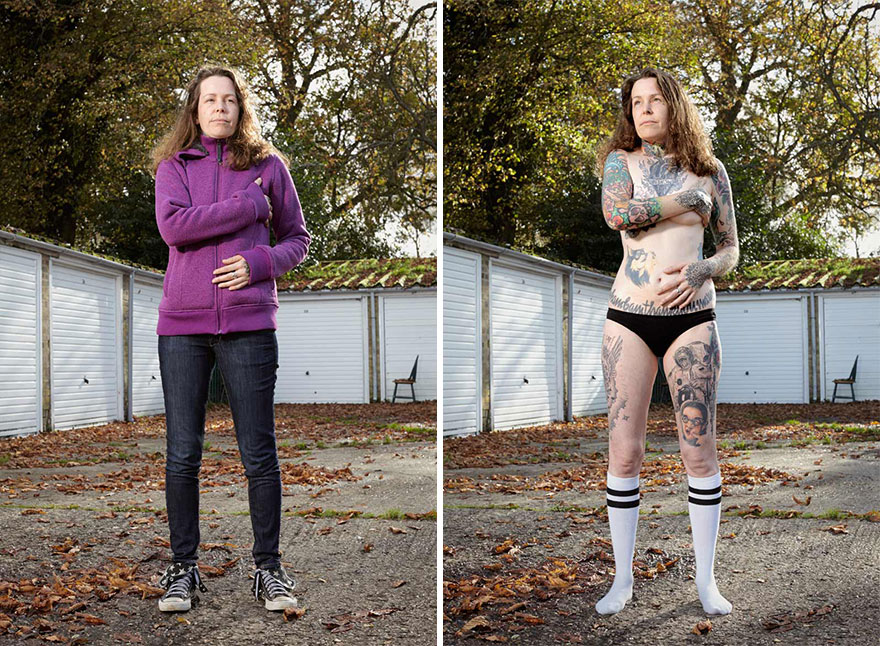 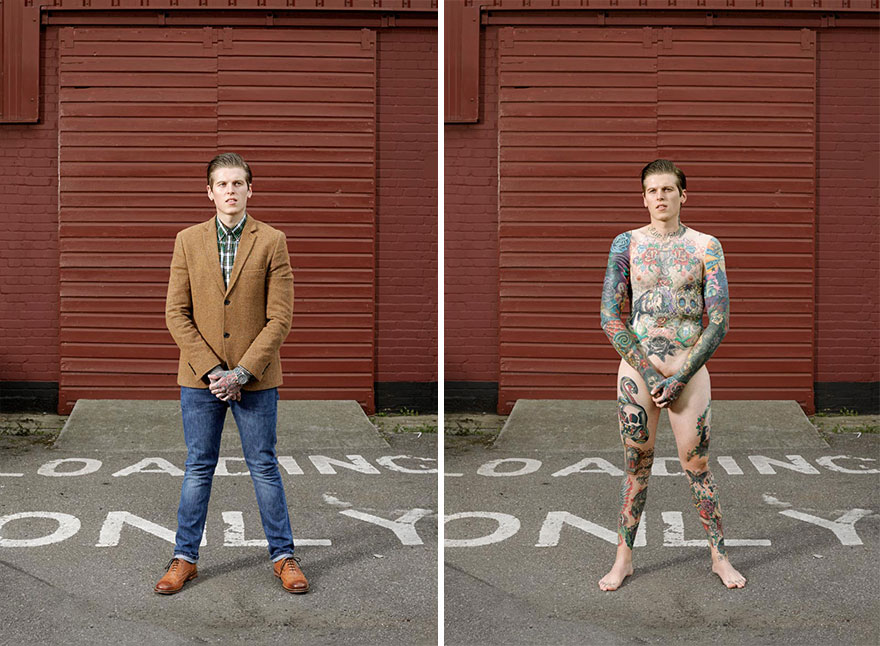 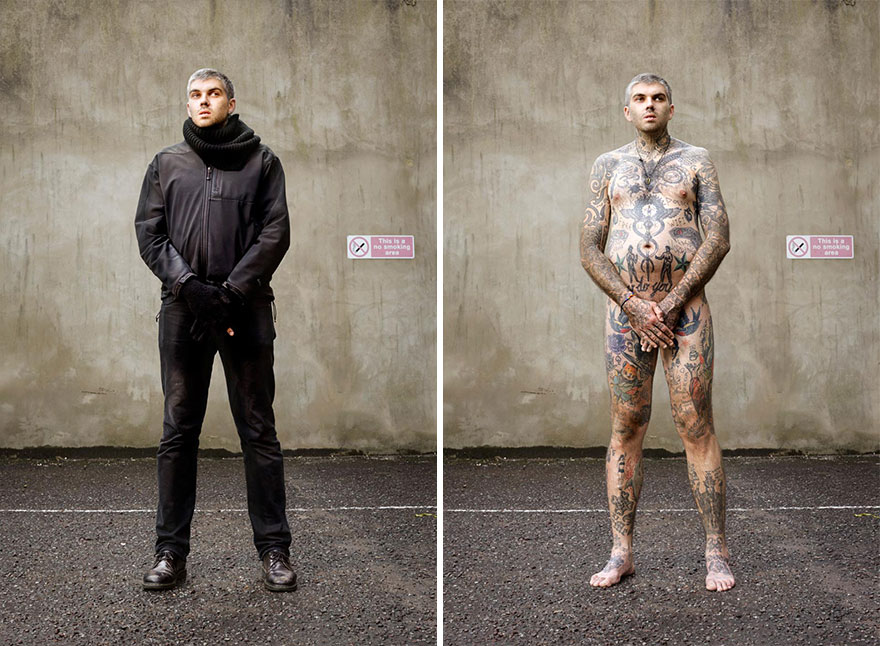 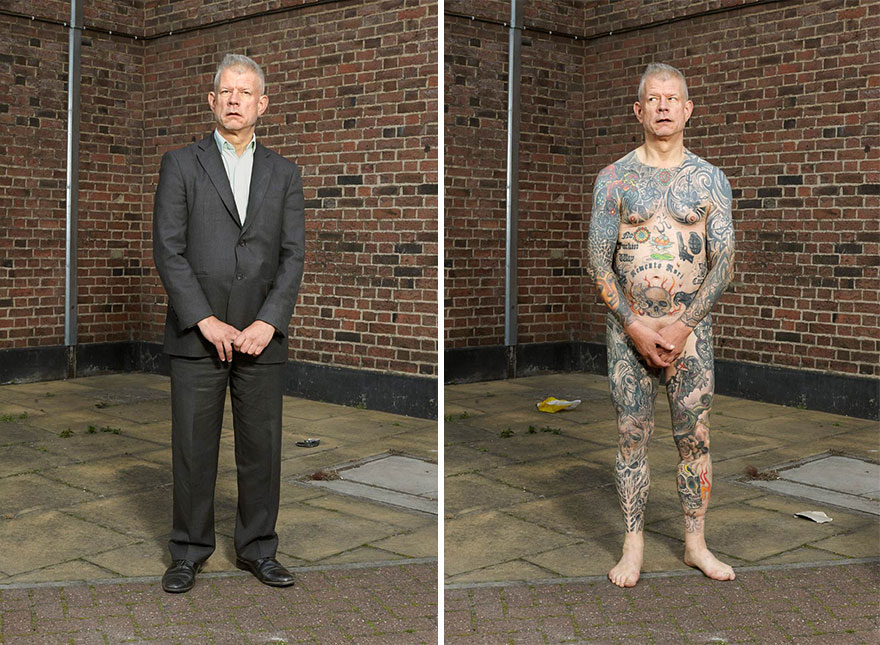 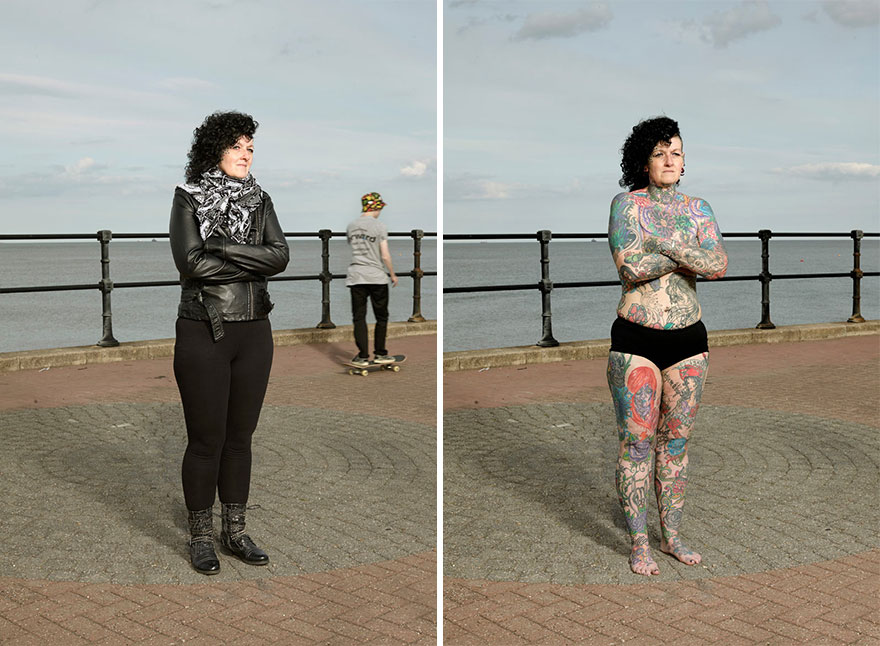 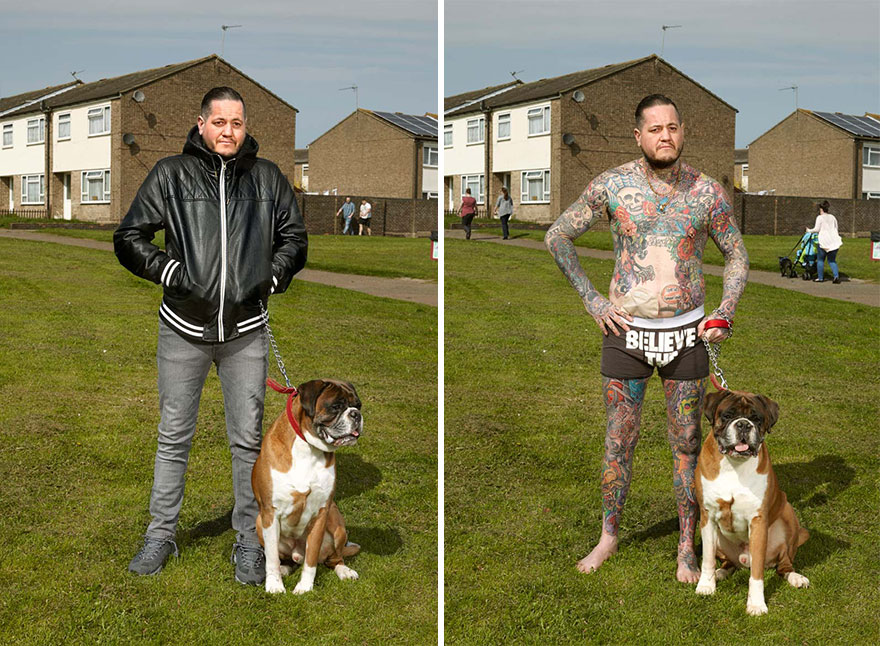 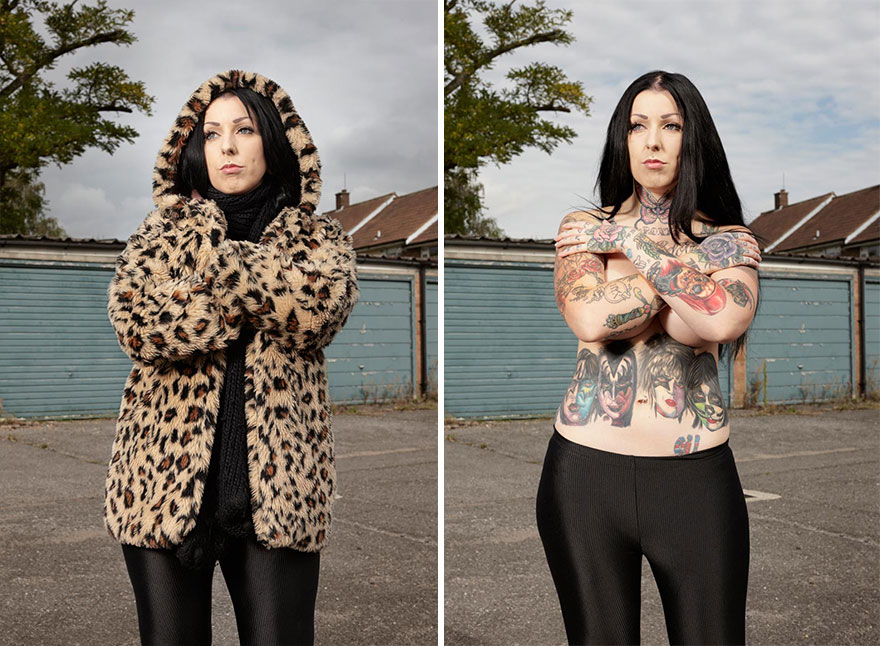 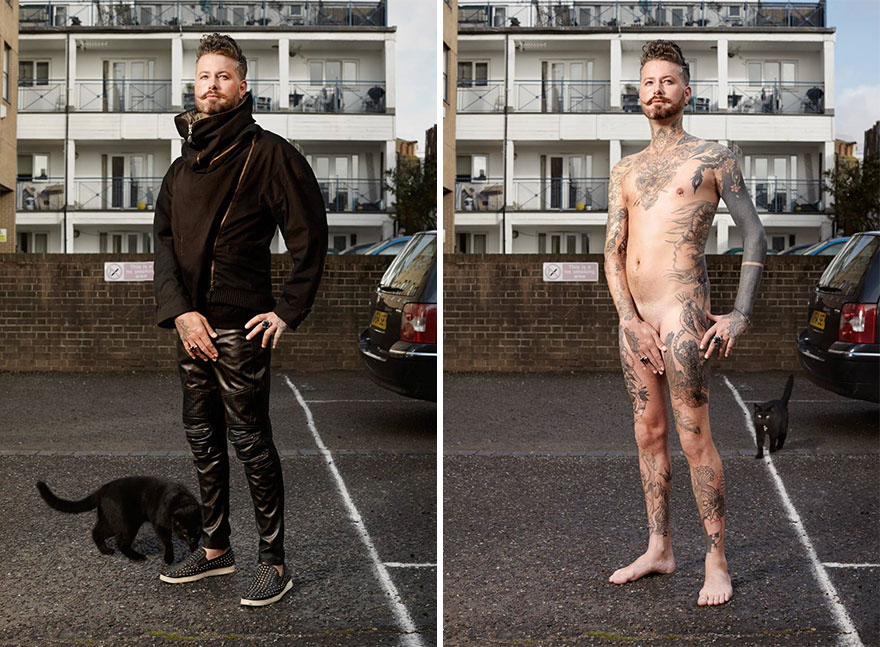 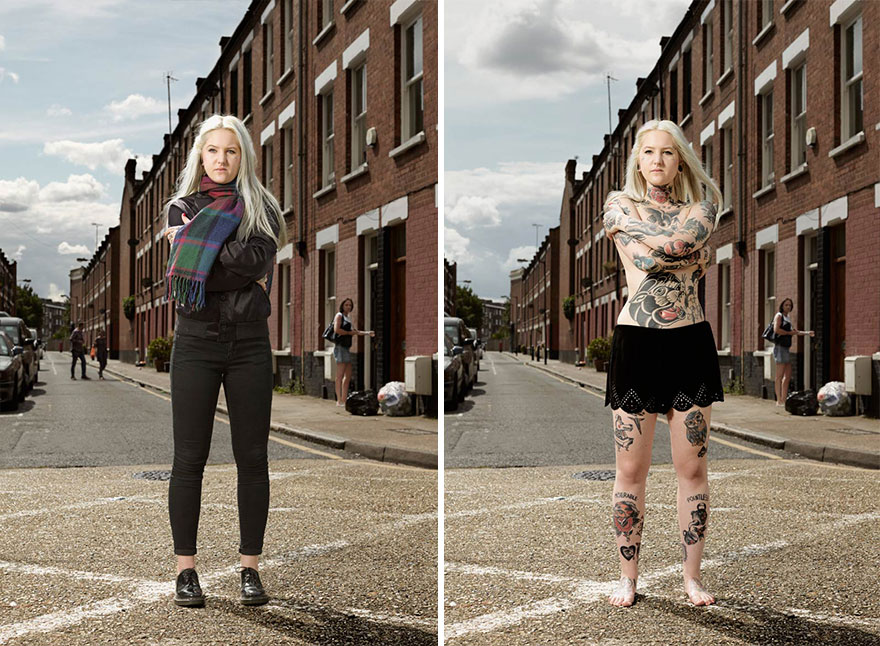