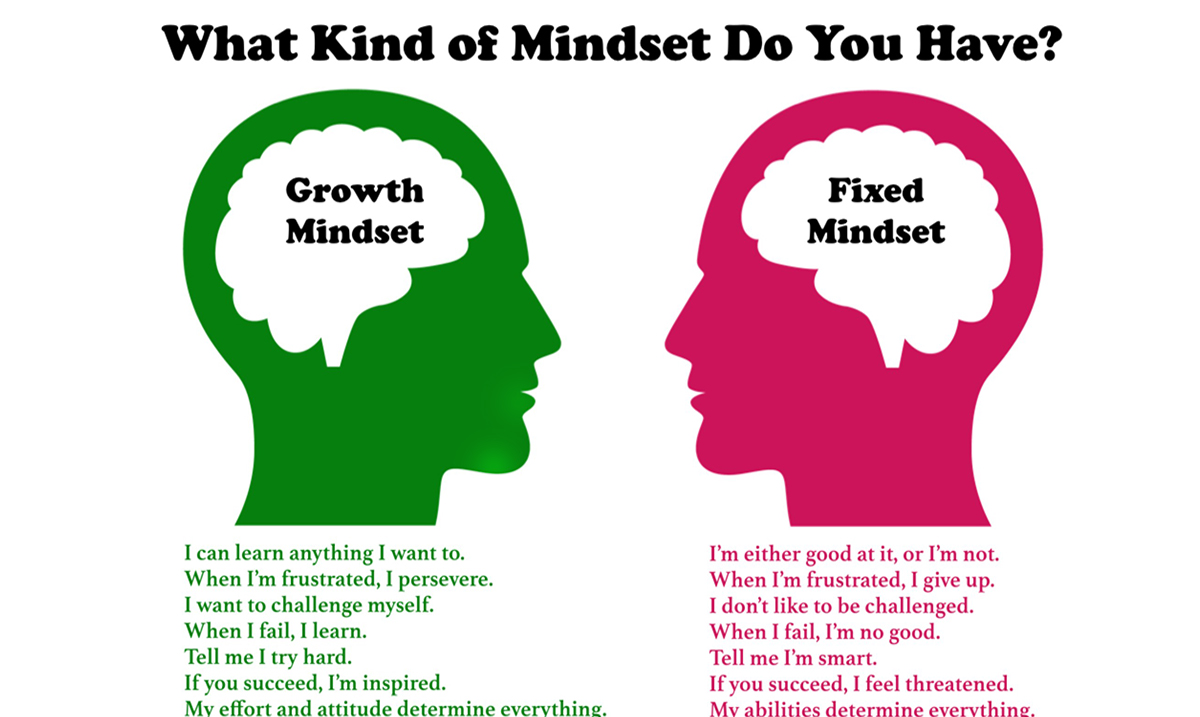 Fixed vs. Growth: The Two Basic Mindsets That Shape Our Lives

According to Carol S. Dweck, there are two mindsets that the human mind can entertain that will either make or break us. The two mindsets are the “growth” and the “fixed” mindsets, and depending on which one you choose, you could potentially be holding yourself back from enlightenment.

We are truly what we allow ourselves to be, and unfortunately, this means that we often are the reason behind our own failures in life. In order to better ourselves and grow, we must move past certain beliefs and barriers that we have placed in our way of evolving into something greater. And Dweck actually makes this pretty simple.

Carol Dweck is not only a professor of psychology, she also has a background in research at Stanford University. According to her,

“In a fixed mindset, students believe their basic abilities, their intelligence, their talents, are just fixed traits. They have a certain amount and that’s that, and then their goal becomes to look smart all the time and never look dumb. In a growth mindset, students understand that their talents and abilities can be developed through effort, good teaching, and persistence. They don’t necessarily think everyone’s the same or anyone can be Einstein, but they believe everyone can get smarter if they work at it.”

Dweck studied the behaviors of thousands of children to observe how beliefs impact action. In students who felt they had the potential to become smarter, they truly believed the effort was worth striving for. In turn, they went on to achieve. This sort of thinking occurs due to a “growth” mindset.

Contrarily, a “fixed” mindset is one that believes that their capabilities are static and because of that, the individual has to be successful without failure.

The “growth” mindset allows the individual to grow and develop. It understands that despite our current failures, we are capable of achieving better. It allows the individual to persevere while being okay in moments where things don’t go according to plan. If we are actively stuck in the “fixed” mindset, rather than allowing ourselves to reach a higher potential, we merely continue to prove ourselves time and time again.

And while much of our barriers are found within the mind, that doesn’t mean that our beliefs have not been influenced by others. Parents, teachers, counselors, etc, can also pave the way for the human mindset. For example, if a child is constantly told that they failed due to the fact that they weren’t capable, they will develop a “fixed” mindset. This is due to the fact that praise is attributed to the success of the child’s intelligence.

On the other hand, if a student is praised because they actually put forth effort and practice which aided them in achievement, they are more likely to develop a growth mindset.

In order to cultivate a growth mindset within yourself, the following can help get you started:

1. Move past your mistakes by understanding them as part of the process.
2. Develop a thirst for constructive feedback.
3. Never stop striving for innovation. Also, understand that your possibilities are endless.
4. Acquire new skills.

It is not beyond the realm of possibility for anyone to move past a “fixed” mindset and progress into a more productive “growth” mindset. While it may take effort and time at first, it won’t be long before this positive new manner of thinking becomes a habit. Following this positive change in your mindset will be the never-ending possibility for progress, creativity, and the ability to embrace the journey that takes you there.