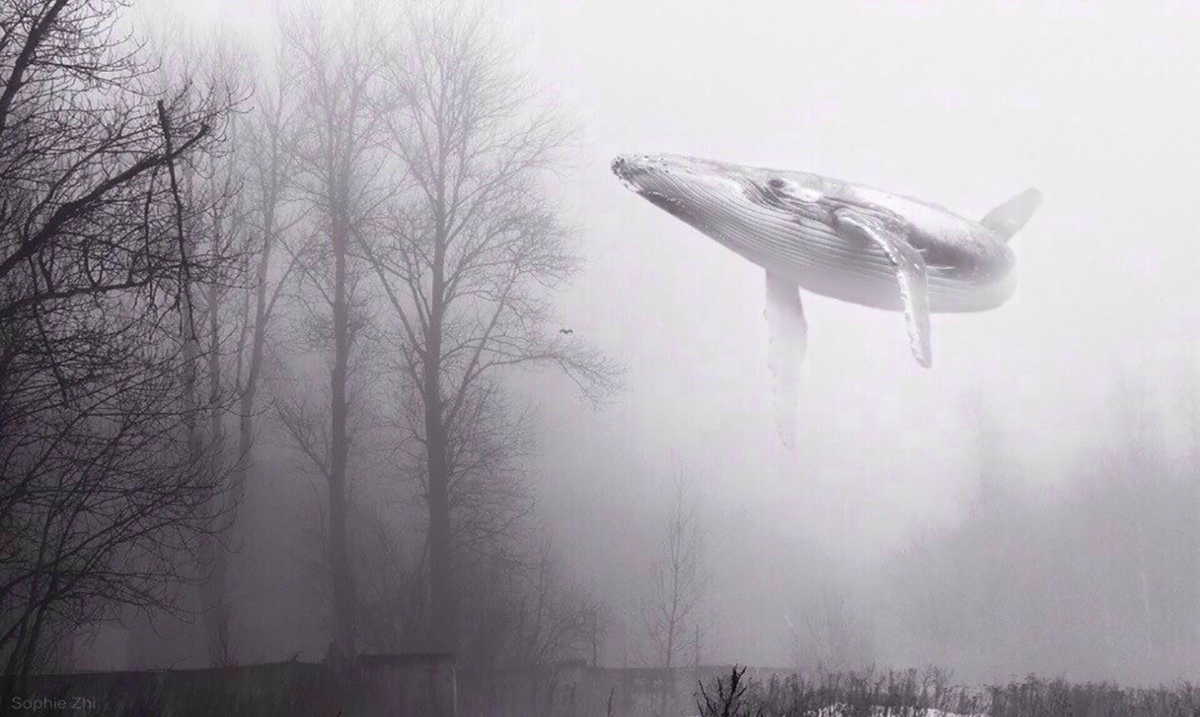 As we all know, the internet is a truly terrifying place that contains an endless realm of disturbing possibility. And this story is the perfect example of what I mean by saying that.

A new game entitled “Blue Whale” has taken Russia and the Central Asian countries of Kazakhstan and Kyrgyzstan by storm. In order to win the game, you must die, and once you start, the curator tells you that you can’t stop until you win. To win the game, you must kill yourself. If you are unable to carry out the task, the curator over the game forum states that they will use your information to track you down and help you.

Due to a mass outbreak of child suicides, St. Petersburg investigators began looking for answers in 2016. In their investigation, they found that between December 2013 to May 2016, the group creators had made eight virtual groups on the VKorakte social network to influence children and teenagers to kill themselves. In order to participate in any of the groups, you would have to establish a membership.

On Valentines Day, a 10-year-old girl was found in St. Petersburg with a concussion and other injuries that had been obtained due to falling out of a window. According to the local media, the injuries had been inflicted due to a suicide attempt made by the girl. They further stated that she had attempted suicide because of her participation in the game deemed “Blue Whale.”

Despite such reports, the Russian internet is filled with young people who are actively seeking to participate in the creepy new game. While investigating the group that pressured a 15-year-old boy to commit suicide for three months, investigators in Altai went on to the Vkontakte social network to seek out orchestrators of the shadowy game.

“I want to play the game,” stated the RFE/RL correspondent that was undercover as a 15-year-old girl.

“Are you sure? There is no way back,” the Blue Whale curator replied.

“You can’t leave the game once you begin.”

“I’m ready.” Then the curator explained the rules.

“You carry out each task diligently, and no one must know about it. When you finish a task, you send me a photo. And at the end of the game, you die. Are you ready?”

“I have all your information. They will come after you.”

To begin the game, they were instructed to scratch “F58” into their arm. In return, a photoshopped image was sent, however, no further replies were made. The RFE/RL persisted by contacting a dozen more players and curators.

“I am your personal whale,” another curator wrote, explaining that the game consisted of 50 tasks spread over 50 days. “I will help you take the game all the way to the end. The last day is the end of the game. If you die, you win. If you don’t, we will help you. Are you ready?”

Russian authorities believe that the primary creator for the game is Filip Budeikin, who is now facing charges for pushing at least 15 children and teenagers to commit suicide. While the Saint-Petersburg.ru media outlet interviewed him, he corrected the number to 17. Continuing he insisted that the casualties “died happily. I gave them that which they did not have in their real life: warmth, understanding, connection.”

In attempts to contain the situation, such “death groups” have been banned from social media throughout Central Asia. Many have claimed that authorities are overreacting, however, the game appears to be quite intimidating to those who participate, and quite a few players have been drawn to commit suicide due to fears that their curators would kill them. One player, Ivan blocked his curator. Another then messaged him stating, “You can’t hide from us.” He then blocked that account and thankfully hasn’t heard anything since.

Unfortunately, for now, in many areas, the games do continue. However, authorities are working quite quickly in thwarting the attempts of curators trying to initiate new games on social media. Most importantly, we must recognize that suicide is a truly pressing issue, and does occur in younger individuals quite frequently. It is important to recognize the signs and take action immediately. You can follow this link for more information regarding that.

If you do see the signs, seek help immediately. Furthermore, if you see an individual pressing someone to commit suicide online, contact your local authorities, as this is a serious situation that should be handled accordingly.