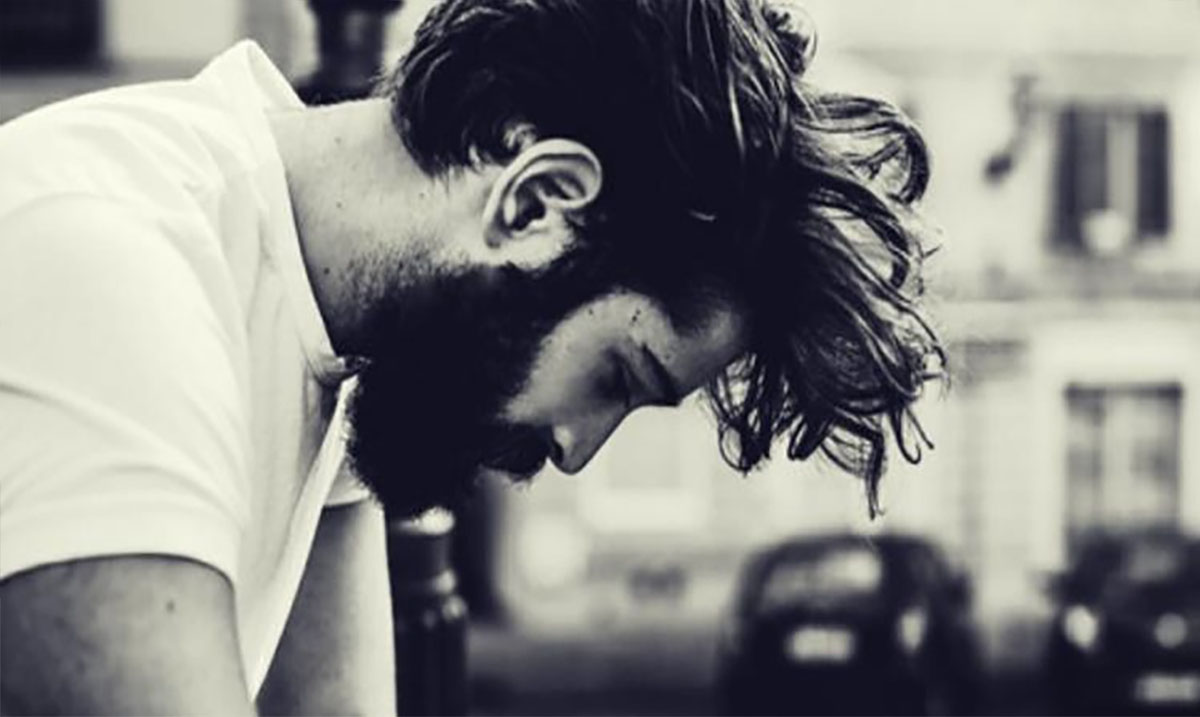 There is no sense in putting all your effort into something the other person is doing nothing for. We have all been here and no, it is not okay!

You like him so much that you are willing to try as hard as you can to make things work but he isn’t even lifting his pinky toe to get shit done. He isn’t trying at all, why are you? If you think someone isn’t giving you their all then they probably aren’t!

We already can tell whether a guy is into us or not from the beginning, we try to make up excuses for the shitty ones and their lack of effort but at the end of the day, the truth is they are just that, excuses. Excuses that these men do not even deserve. Our gut is trying to tell us something is wrong and we are refusing to listen to it, this needs to stop!

If the person you are with is putting forth the bare minimum and nothing else it is time to wake up and realize that they are playing you. If you are looking for a real relationship you need to cut these sorts of men out of your life for good. If your boyfriend does the following then he is not worth your time.

1. He only texts you when he wants to hook up.

Being in a toxic relationship can and will ruin your emotional state. This sort of thing will have you feeling all out of whack.

Everything is always about him and he does not put an effort into even asking you about your day. He is all take and no give.

4. The relationship, in general, makes you nervous.

You’re supposed to feel at ease and secure in a relationship, not the opposite.

5. You always have to suggest hanging out or doing things, otherwise, you would rarely see him.

A guy who is interested in you will take you out on dates and be there to see you as often as possible. Someone who doesn’t really give a fuck will do their own thing and never put forth any effort to see you unless they need something from you.

6. He never dresses up for you.

No, I don’t mean he has to have a suit and tie on but a shower and some cologne makes all the difference. A man who is interested in you will make an effort to fix himself up a bit before going out. If he shows up looking like a slob every time you see one another it is apparent he doesn’t care enough to put effort into anything.

7. He doesn’t take you out on real dates.

Your partner or prospective partner should be taking you out on real dates, at least occasionally. If the closest thing to him buying you dinner is ordering pizza and splitting the bill he is not invested in you at all. I am all for fitting the bill sometimes but he should take you to dinner, a movie, or something along those lines at least a time or two.

8. You have not met any of his friends.

Ever been out with your man and ran into one of his friends who had no idea who you were? That means he hasn’t bothered to even talk to them about you. It can be devastating and awkward, don’t put up with that shit!

9. You have not met his family and he refuses to meet yours.

If he has zero interest in letting you meet his family and refuses to have anything to do with yours, he doesn’t want what you do from this relationship. A man who is really interested in you will want to get to know the people who brought you into this world and they will want you to know who brought them into this world as well.

10. He loves going out as long as you aren’t there.

Sure, spending time apart and going to do things on your own is fine and all but if your man is going out every weekend without you and never inviting you something is seriously wrong.

If he were chasing you he would text you first every day and want to see you as often as he could. He would introduce you to his friends and his family and make sure you felt comfortable in whatever your relationship was or is. There is no reason to make excuses for someone that treats you like shit just because you ‘like’ them.

You are worth so much more than this, allowing someone like this to ruin your life is closing you off from so many wonderful men who will treat you right. Don’t let someone who isn’t making an effort stay in your life. There is nothing wrong with moving on from something that isn’t going anywhere.

Based on an article written by Your Tango