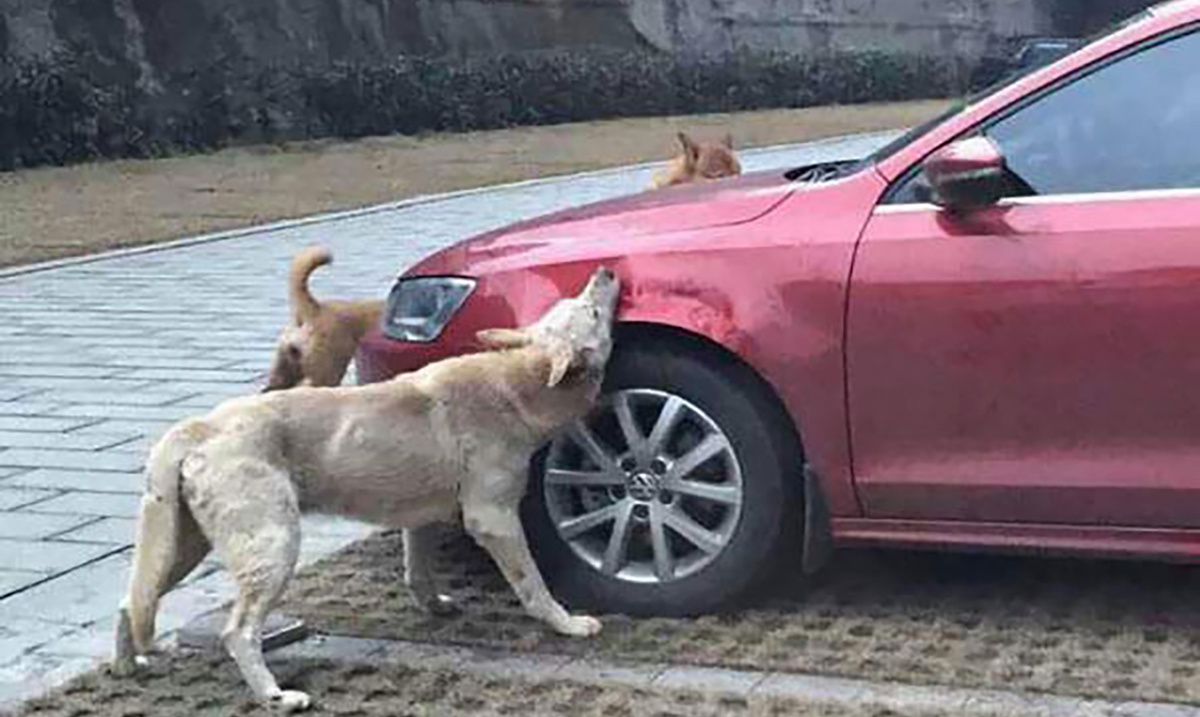 Man Kicks A Dog. Dog Comes Back With Friends And Destroys His Car While He’s Away

In today’s society there is a lot of animal abuse going on, whether it be dog fights, the meat industry, or physical and mental abuse there is way too much of it. Sadly, most of the times the dogs cannot fight back, but thankfully that was not the case this time!

After a dog was, literally, kicked out of a parking spot by a driver, he returned with a group of his closest friends to exact revenge on the man and his car. They went to town on the fenders and wipers and a neighbor caught the whole thing on camera. 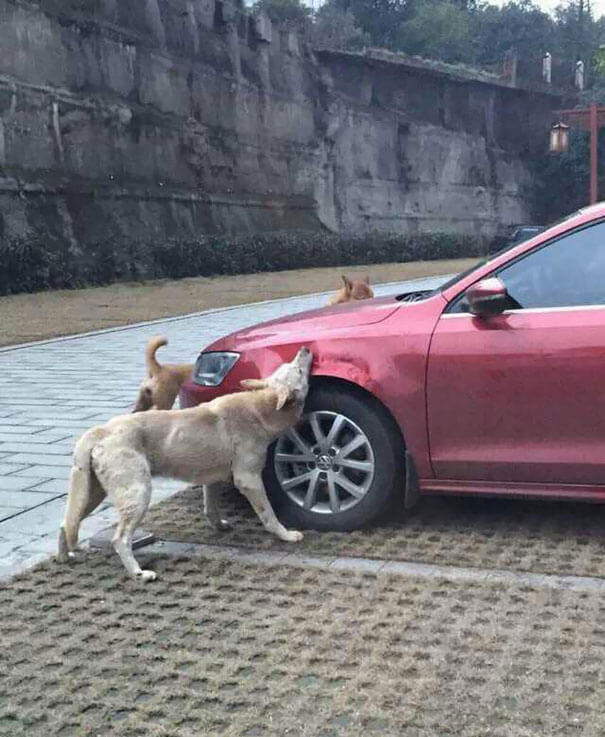 Two dogs go to town on the car, biting the fenders and tearing off windshield wipers, and another dog stands watch. After seeing this, can you honestly say that animals have no emotions? 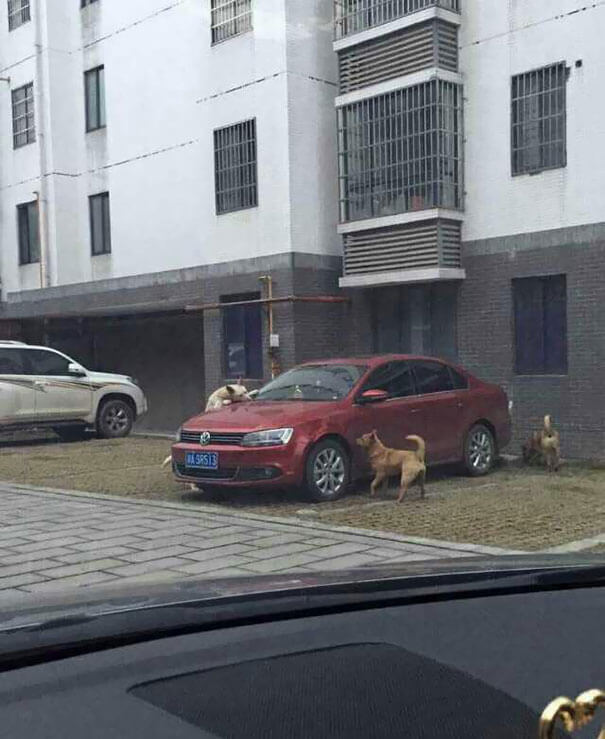 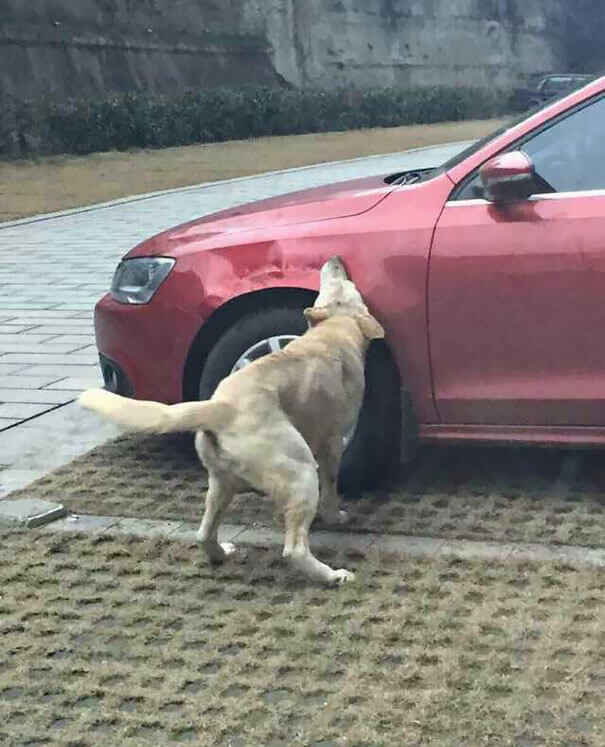 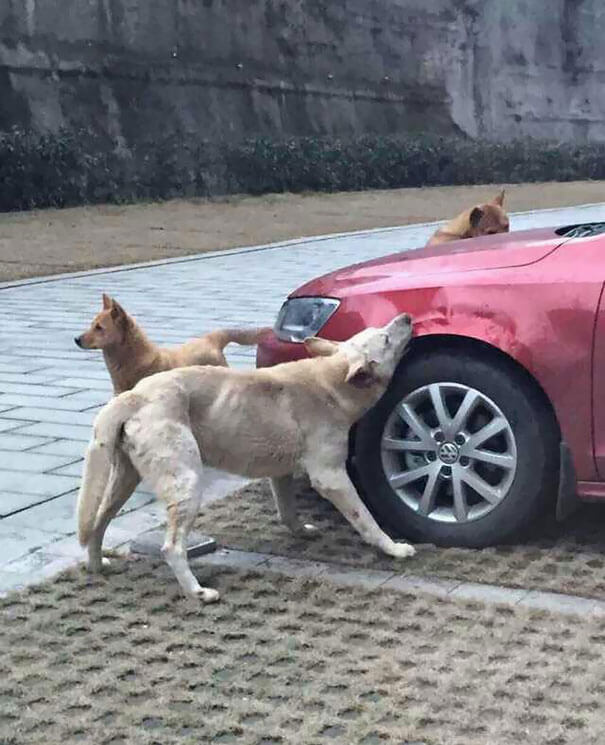 So, what is the moral of the story here, guys? Don’t kick dogs!

This is not the only instance of dogs taking out their aggression on cars either. The video below shows a group of dogs going to town on a police car! I wonder what he did: