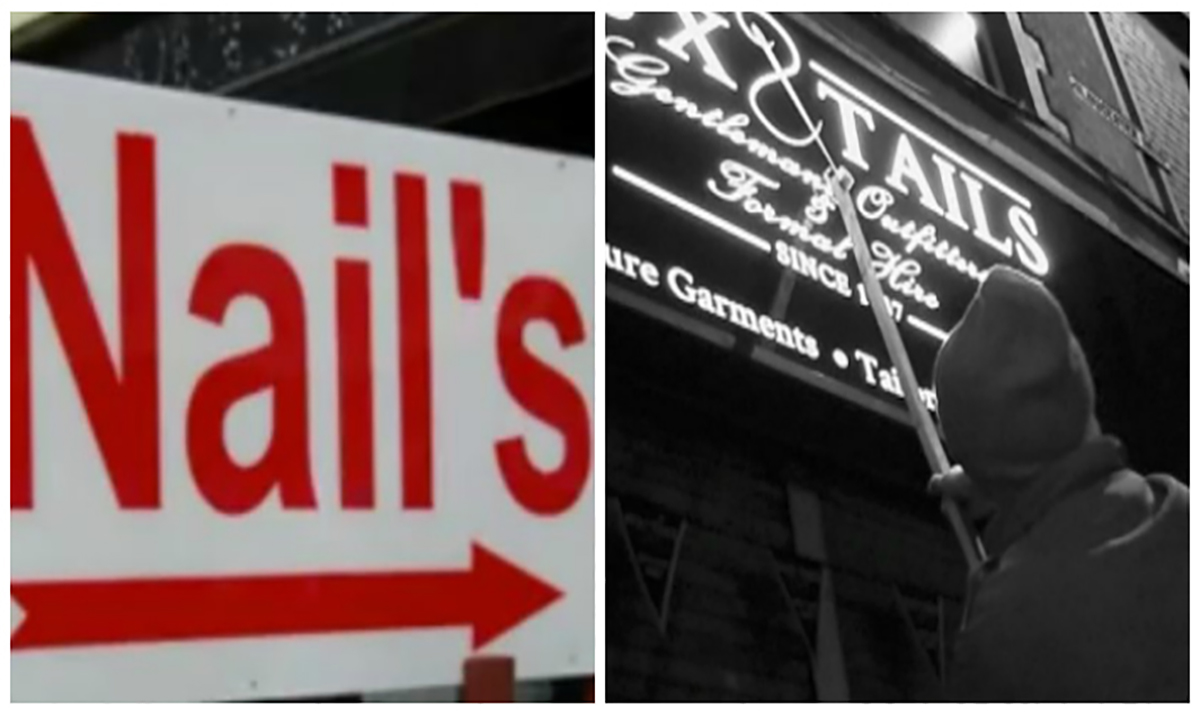 By Rebal Pharmacist April 6, 2017 No Comments

I am sure we have all been called the grammar police at one point or another, but this man took it to a whole new level!

Recently footage was released by the BBC that shows an anonymous “grammar vigilante” roaming the streets of Bristol, in the UK, adding apostrophes where they were missing and covering up unnecessary ones. He has been moonlighting for 13 years, according to the story, and carries a long stick, the “Apostrophier” to help him reach improperly punctuated signs.

“The first one I did was way back in 2003. There was a council sign that said ‘Open Monday’s to Friday’s’ and it had these ridiculous apostrophes. I was able to scratch them off.”

“Then there was this really gross sign in Gloucester Road: ‘Amy’s Nail’s’. It was just so loud and in your face, I just couldn’t abide it, so I had to go and apply my wares to this apostrophe. It grates – I think, how can they?”

According to qz.com, In the video, the incognito copyeditor (whose face is blurred out) changes “gentlemens outfitters” to the correct “gentlemen’s outfitters,” and tweaks “motor’s” to “motors” with a strategically placed sticker.

In English, apostrophes are used as shorthand for possession. But there are aspects of their use that are indeed genuinely confusing, as in the common exchange of “it’s”—a contraction of “it is” or “it has”—for “its,” the possessive form.

Then there’s the case of a singular noun that ends in “s.” Some style guides, including the Associated Press, simply add an apostrophe, while others (including Quartz) opt for adding the apostrophe as well as an “s”—”the princess’s return.”

It’s perhaps unsurprising then that ad writers and sign-makers tend to omit or misplace apostrophes. But for grammar sticklers like Bristol’s night vigilante, improperly punctuated signs create a kind of visual itch.

I tip my hat to you sir, and to your services to grammar! I think this is hilarious, what about you?