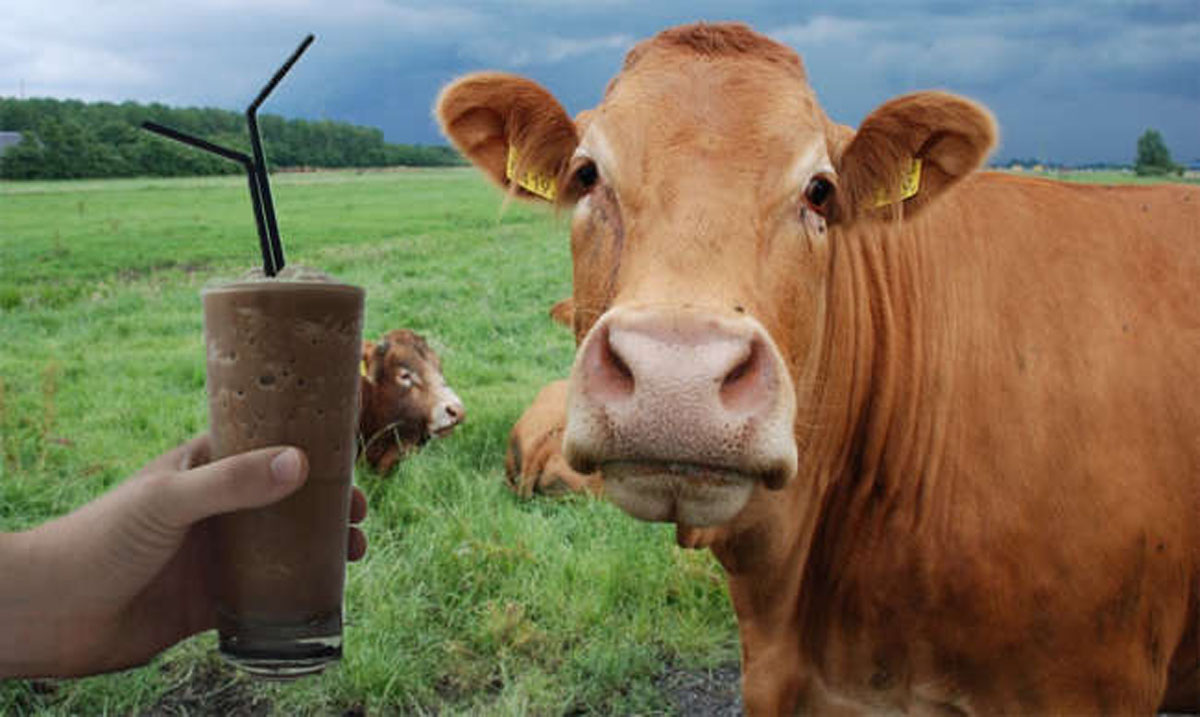 This is something I wish were not true. A survey has shown that millions of Americans actually think that chocolate milk comes from brown cows.

If you go to the Innovation Center for US Dairy’s website the question they are asked the most is “Does chocolate milk come from brown cows?”

They answer with the following:

“Actually, chocolate milk – or any flavored milk for that matter – is white cow’s milk with added flavoring and sweeteners.”

Chocolate milk, is made from white milk? Who would have thought?! 48% of the respondents to this survey actually admitted they did not know where chocolate milk came from. Really?!

For some reason, many people cannot wrap their heads around this. In the survey mentioned above, carried out by the Center itself, it showed that 7% of participants still think that chocolate milk comes from brown cows. If you multiply that it turns out to be around 16.4 million people nationwide who believe that their chocolate milk could be drunk right out of the cow’s udder according to Food and Wine report. This sadly is not an isolated case of misinformation as well.

Another study done in the early 90s found that 20 percent of adults did not know that hamburgers were made from cow meat. Insane, right? The first survey mentioned covered at least one thousand adults and also reports that over 90% of Americans have cheese of some kind in their fridge. So no, for those who think so or are confused about where chocolate milk comes from, it does not come from brown cows.