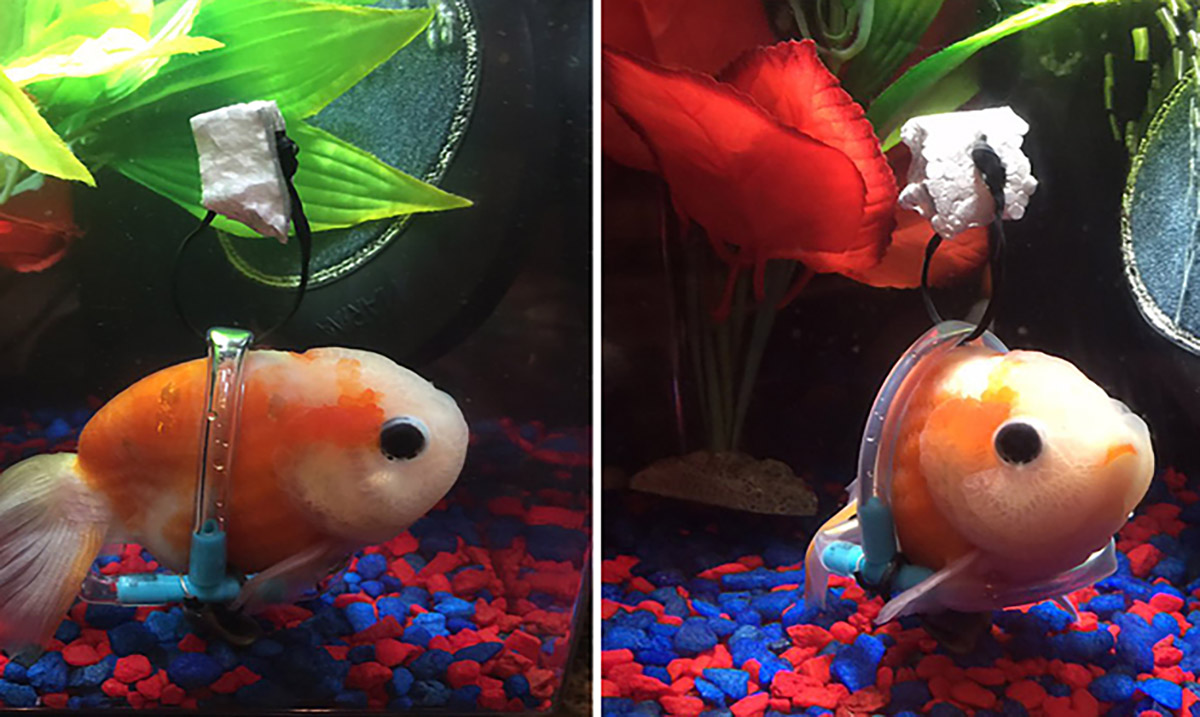 When a customer brought in a goldfish sick with a swim bladder disorder, Derek did something that was not only ingenious but also so sweet that you will probably begin to cry. After noticing that the fish continued to sink to the bottom on the tank, he designed a custom wheelchair for the little guy that saved the day.

On March 10, after speaking with the customer at the San Antonio aquarium store for which he works, Derek sent his friend Taylor Dean a text message about the encounter. Dean, who makes YouTube videos about animal care, immediately posted the pictures he had sent to her Twitter account. And her animal loving followers went wild! 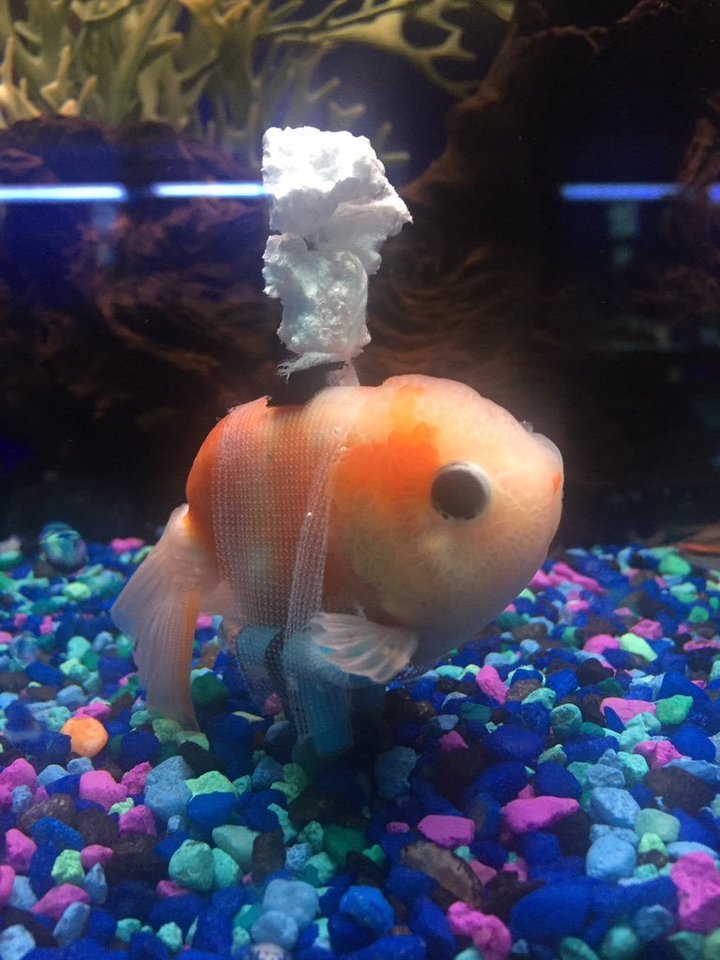 Derek texted, “Wasn’t able to hold himself up right and was stuck on the bottom. Not anymore! Thought you’d get a kick out of it.”

@taylorndean you are teaching people that all animals no matter their handicap deserve love and support to live a normal life.

My friend made a wheelchair for a goldfish pic.twitter.com/QghXTY7rme

In one Tweet, she posted a video that Derek sent, showing how the goldfish’s disorder caused him to tumble over sideways, and flip around erratically in the aquarium. Derek then picks the little guy up, and places him in the ‘wheelchair’. Immediately, the device begins working, and the fish swims normally again.

How wheelchair goldfish gets suited up for his day pic.twitter.com/AbwoOrpdRn

While speaking to BuzzFeed about the device he constructed, Derek explained how it worked. 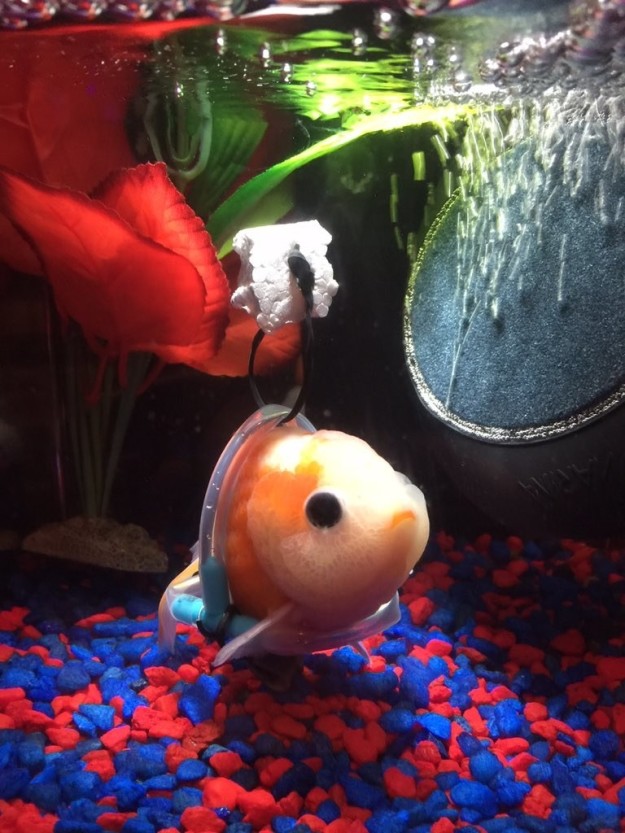 “I got some airline tubing that people usually use in their tank and just placed it around the goldfish. I added some valves to the bottom of it, which acted as a ‘chair’ to prop him up. I added weights to the bottom of the ‘chair’ and something to keep him afloat on top (styrofoam), and slowly removed pieces until I achieved just the right buoyancy to make it easy for him to swim around without feeling like he’s dragging around a chair.”

Not only has Derek shown the world the true nature of compassion, he has also set a new precedent for pet owners. What’s even cooler about this, is that his invention could be used for numerous other fish suffering from this typical bladder disorder. Can someone give this man a medal?