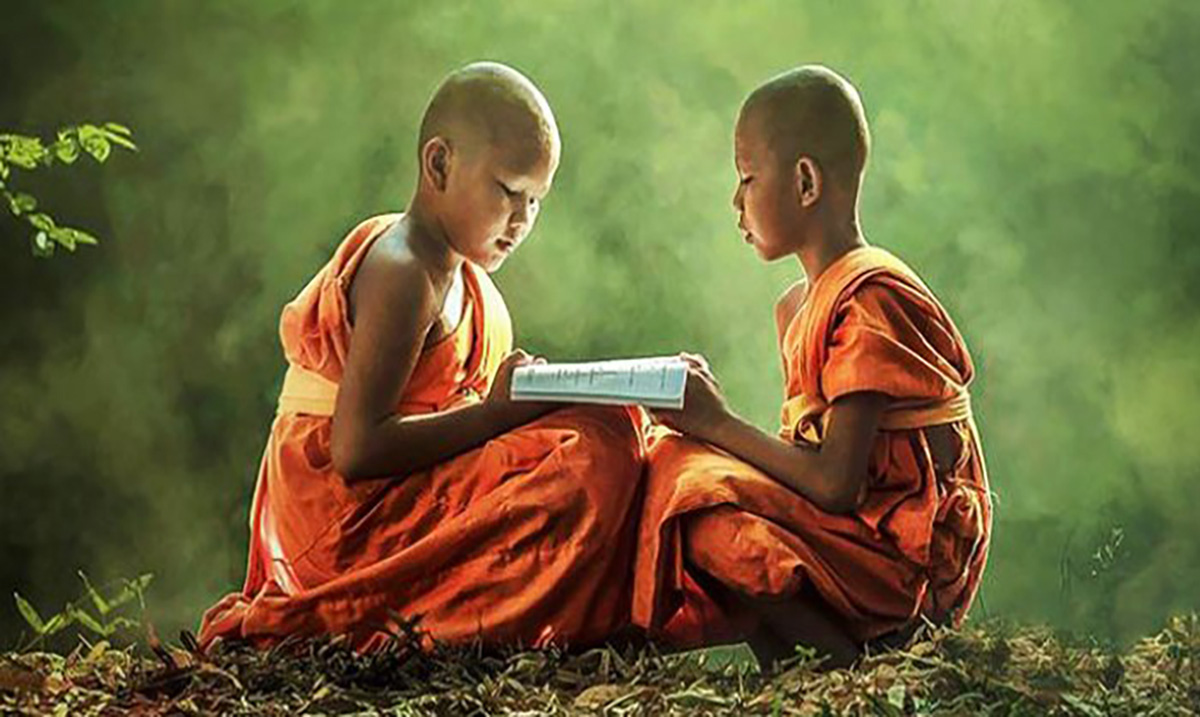 The world can be a very dark and scary place, I mean let’s admit it; people can be really bad. There are immense amounts of suffering on this planet, but according to Buddha, we can easily overcome them using these methods.

Life is an amazing thing, and the human spirit has endless capabilities. Humans have the chance to succeed at anything! All we have to do is channel our energy into productivity. Often times people channel their energy into negative things such as partying, lust, or greed. I think in today’s times, the world has gained somewhat of a negative connotation to it. Life is more often labeled as a bad thing than a good thing!

Negativity not only ruins a mood and kills a vibe, but it also causes some immense issues. At some point, the world took a violent turn towards corporate greed and self-entitlement, but we have to remember we are all here together! We have to make a movement towards peace and harmony somewhere. In order to arrange ourselves harmoniously, we need to overcome our own personal monsters. There are many different causes of suffering,

1) The Mental Hindrance of Desire for Sensing.

“This term alludes to the mind’s tendency to latch on to something that attracts it–a thought, a visual object, or a particular emotion. When we allow the mind to indulge in such attractions, we lose our concentration. So we need to apply mindfulness and be aware of how the mind operates; we don’t necessarily have to suppress all these things arising in the mind, but we should take notice of them and see how the mind behaves, how it automatically grabs onto this and that.”

2) The Mental Hindrance of Aversion

“Ill will refers to the desire to punish, hurt or destroy. It includes sheer hatred of a person or even a situation, and it can generate so much energy that it is both seductive and addictive. At the time, it always appears justified for such is its power that it easily corrupts our ability to judge fairly. It also includes ill will towards oneself, otherwise known as guilt, which denies oneself any possibility of happiness. In meditation, ill will can appear as dislike towards the meditation object itself, rejecting it so that one’s attention is forced to wander elsewhere.”

3) The Mental Hindrance of Lethargy

“Sloth and torpor is overcome by rousing energy. Energy is always available but few know how to turn on the switch, as it were. Setting a goal, a reasonable goal, is a wise and effective way to generate energy, as is deliberately developing interest in the task at hand. A young child has a natural interest, and consequent energy, because its world is so new. Thus, if one can learn to look at one’s life, or one’s meditation, with a ‘beginner’s mind’ one can see ever new angles and fresh possibilities which keep one distant from sloth and torpor, alive and energetic.”

4) The Mental Hindrance of Restlessness and Regret

“Restlessness [uddhacca] refers to a mind which is like a monkey, always swinging on to the next branch, never able to stay long with anything. It is caused by the fault-finding state of mind which cannot be satisfied with things as they are, and so has to move on to the promise of something better, forever just beyond. […] Remorse [kukkucca] refers to a specific type of restlessness which is the kammic effect of one’s misdeeds.”

5) The Mental Hindrance of Doubt and Uncertainty.

“Doubt refers to the disturbing inner questions at a time when one should be silently moving deeper. Doubt can question one’s own ability “Can I do This?”, or question the method “Is this the right way?”, or even question the meaning “What is this?”. It should be remembered that such questions are obstacles to meditation because they are asked at the wrong time and thus become an intrusion, obscuring one’s clarity.”