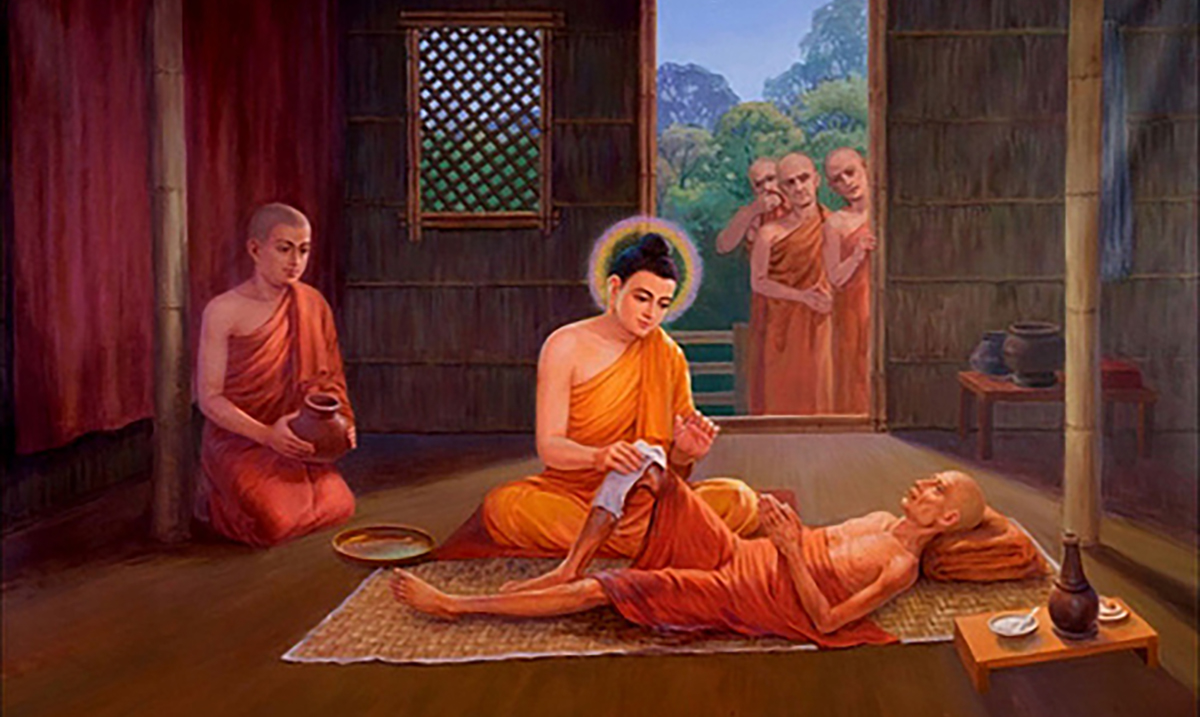 Buddha was born in the Lumbini woods near the modern-day Indian border. Being the basis of the religion Buddhism, you can believe that many people’s lives have been greatly affected by his existence.

The Buddha’s birth name was actually Siddhārtha Gautama (Shakyamuni Gotama in Japanese). He showed an early taste for meditation, reflection, and self-growth. His lessons and teachings can be greatly beneficial in the modern-day society. Regardless of what religion you practice or your beliefs, we can all benefit greatly from the teachings of the Buddha. He died in 485 B.C, and his last teaching is incredibly interesting.

Buddha’s assistant, Ananda, asked Buddha what will come of the order in case the Buddha past. He replied that he had been preaching the truth without any distinction; for in regard to the truth, there is no clenched hand in the teachings of the Buddha. He assured him by saying not to entertain any thoughts of the master’s word ending. When he is gone his teachings and the disciplinary code should be their master. The Buddha added that never intended to lead the order, or that the order depended on him.

He worried that he had reached the end of his days and compared his body to a worn out cart that can be moved with much additional care. He continued saying that Ananda must be a lamp and refuge for himself. Look unto no other for refuge. Let the truth be the lamp to light the path in which they need to further.

Buddha passed away at eighty years old, on his birthday actually. He showed no supernatural powers, only the real nature of our reality.

One of his disciples remarked:

“All must depart—all beings that have life must shed their compounded forms. Yes, even a Master such as He, a peerless being, powerful in Wisdom and Enlightenment, even He must pass away.”

The last message of the Buddha:

“When I am gone, my Teaching shall be your Master and Guide.”

Finally, his parting words were his last lesson: